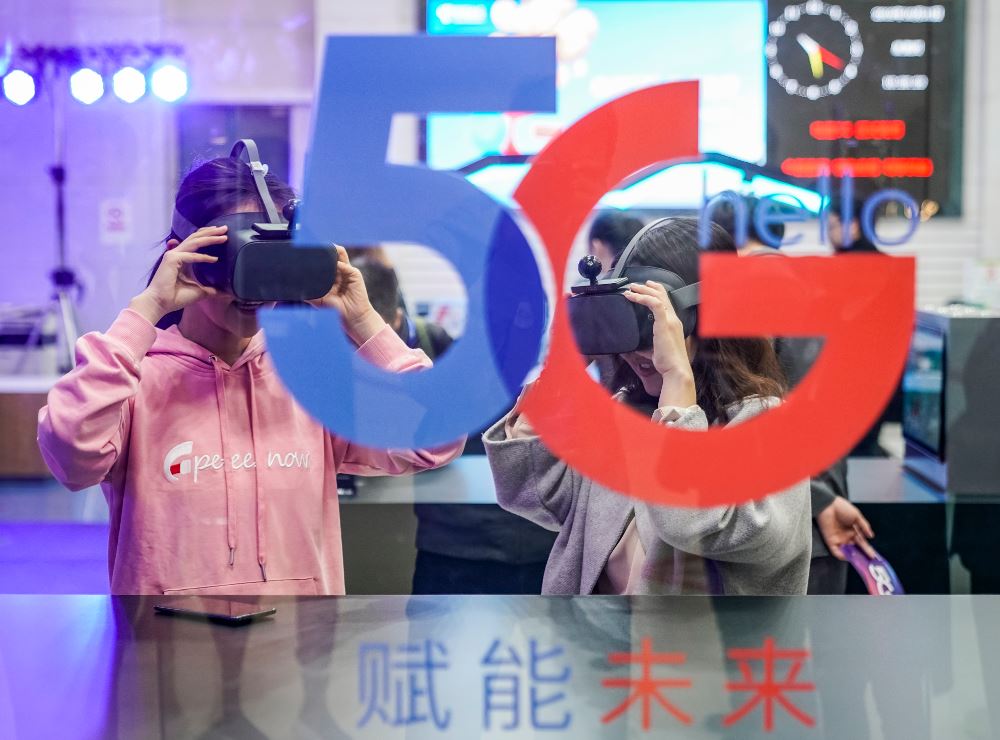 China is ratcheting up efforts to accelerate the construction of new infrastructure, with a key focus on bolstering the development of superfast 5G technology and supporting its innovative applications, according to the country's top industry regulator.

"The rollout of China's 5G base stations has exceeded expectations, as the country had 88 million 5G users whose smartphones were connected to the wireless network by the end of July," said Xin Guobin, vice-minister of industry and information technology, in an interview with China Central Television.

Xin said more efforts should be made to propel the application of 5G in various sectors, including smart healthcare, virtual private networks for enterprises, smart grids, vehicle-road coordination system and the internet of vehicles.

China leads the world in 5G development. Figures from the ministry last month showed China had built 410,000 5G base stations by the end of June, with 257,000 being set up in the first half of the year.

"The country's push in expediting the development of a fresh round of new infrastructure projects, especially the construction of 5G networks, will assist in the digital and intelligent transformation of traditional industries, offset the economic fallout of the pandemic and achieve high-quality growth," Xiang said.

He said that about 20,000 new 5G base stations are currently being built in China every week, adding that the coverage of the 5G network will be further expanded, with about 750,000 to 800,000 stations expected to be built nationwide by the end of this year.

The China Academy of Information and Communications Technology, a government think tank, said China is likely to spend 1.2 trillion yuan ($173 billion) on 5G network construction, driving more than 3.5 trillion yuan of investment in the upstream and downstream industrial chain and other related sectors by 2025.

Wang Zhiqin, deputy director of the CAICT, said the 5G industry is expected to directly create over 3 million jobs as of 2025, with aggregate information consumption brought by the commercialization of the wireless technology surpassing 8.3 trillion yuan.

Furthermore, according to Xin, the nation's industrial output rose by 4.1 percent on a yearly basis in the second quarter, 0.9 percentage point higher than the growth of the GDP. That shows the strong resilience of the industrial economy, which is an important force for driving the nation's economic recovery, Xin said.

The vice-minister said the ministry will focus on enhancing the stability and competitiveness of the industrial chain, supporting the healthy development of small and medium-sized enterprises and promoting technological innovation and digital transformation and upgrading.

Fu Baozong, director of the industrial research office at the institute of industry of the China Macroeconomic Research Institute, said market entities, especially small and medium-sized enterprises, are important participants and promoters of technological innovation and will inject new vitality to the country's high-quality development.