New bullet train to be put into service in NW China 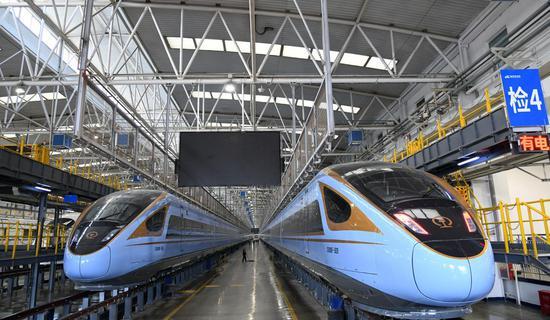 The CR300BF Fuxing (Rejuvenation) bullet train, a new addition to the Fuxing bullet train family, will be put into service on the railway linking Yinchuan, capital of Ningxia Hui Autonomous Region and Xi'an, capital of Shaanxi Province. With a designed speed of 250 km/h, it will reduce the travel time between the two cities from 15 hours to 3.5 hours.

After the official operation of Yinchuan-Xi'an high speed railway, 17 CR300BF Fuxing bullet trains will be allocated to Xi'an Railway Administration and put into operation.