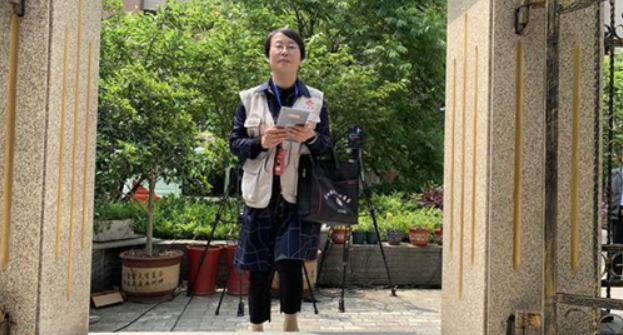 Local community workers sought to ease public concerns over data privacy protection as pilot work for China's seventh population census kicked off in East China on Thursday with the wide usage of electronic devices and the internet.

The pilot work kicked off on Xiangshan Street, Zhenjiang in East China's Jiangsu Province, and will last until May 28. The trial covers 10 communities with 80,000 residents, whose information including identification numbers, gender, age, ethnicity, educational degrees, migration and marriage status, will be collected, Jiangsu Broadcasting Corp reported on Thursday.

New methods will be used during this census, including online information registration, application of electronic devices and big data, officials from a leading group responsible for the census under the State Council, told a press conference on Wednesday.

China conducts a nationwide population census every 10 years. The exercise aims to get a clear picture of the size, structure and distribution of the country's population, and to make precise and scientific policies for the country's development, analysts said.

The seventh national population census is scheduled to begin on November 1, 2020.

Compared with previous manual surveys, application of electronic devices and the internet will be convenient for people who are not living where they are officially registered, as well as those who do not want to be bothered by census takers' door-to-door surveys. The method also reduces census takers' workload, analysts noted.

However, along with the wide application of electronic devices and the internet, there are also worries about privacy leakage among the public.

In response to such concerns, a community worker surnamed Zhu from the pilot work zone in Jiangsu told the Global Times on Thursday that residents can upload personal data on their own through WeChat, which avoids the problem of information leakage.

The data will be delivered directly to the National Bureau of Statistics through a WeChat program, bypassing district, city and provincial authorities, Zhu said.

"We [local census takers] are not allowed to access the information. We can only check how many people have uploaded their information," she said.

Some residents who may have difficulty in using electronic devices, such as the elderly, might ask census takers for help in uploading information, according to Zhu.

The State Council will develop a final implementation plan for the seventh population census based on results and experience derived through the trial, media reported.

According to China's sixth national census done in 2010, the country has a population of 1.33 billion and half were living in urban areas.