The scope of protected wetlands and the responsibilities of township authorities are specified in a revised draft of China's first law to specifically preserve the country's vast wetlands.

On this second draft, wetlands are defined as the natural or artificial water area with significant ecological functions, including sea areas with a water depth of no more than six meters at low tide. Paddy fields and artificial water areas and beaches used for aquaculture are excluded. 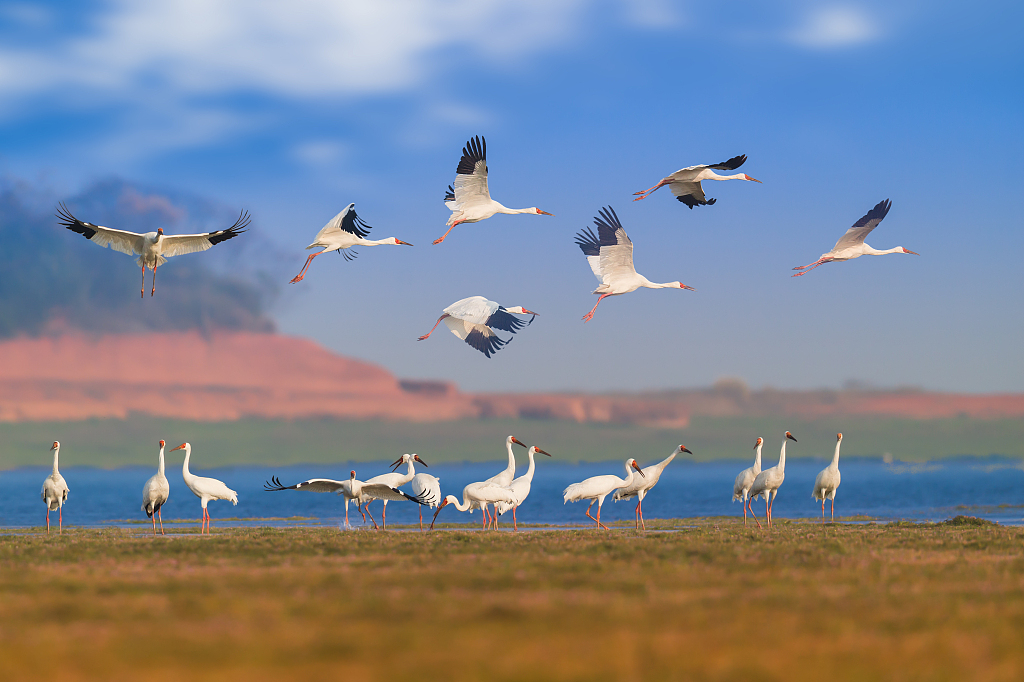 The central authorities also unveiled guidelines on biodiversity conservation on Tuesday, vowing to place 55 percent of the country's wetlands under protection by 2025 and lift the proportion to 60 percent by 2035.

China has some of Asia's most important wetlands, such as Poyang Lake, the country's largest freshwater lake and its largest winter habitat for migratory birds.

According to the National Forestry and Grassland Administration, more than half of the country's wetlands are now being conserved.

Thanks to its consistent protection efforts, China saw wetlands grow by about 202,600 hectares between 2016 and 2020, the administration said.

With 201 national wetland parks established in the past five years, the number of such parks across the country has reached 899.