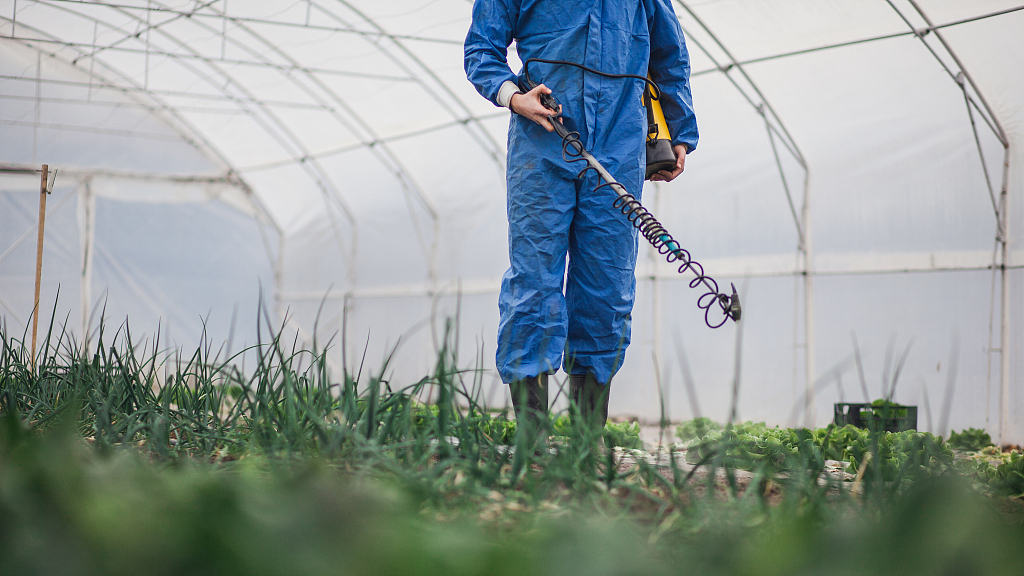 After exposing more than 70 million grain amaranth seeds to a soil-based herbicide, researchers at the University of Illinois (UI) failed to find a single herbicide-resistant mutant.

The findings, posted on the UI website on Tuesday, suggest that the mutation rate in amaranth is very low, and that low-level herbicide application contributes little, if anything, to the onset of new mutations conferring resistance.

The researchers started with a single seed of Amaranthus hypochondriacus, which is closely related to several agricultural weeds but is not known to harbor herbicide-resistance genes. Using a greenhouse to isolate their experiments from potential contamination from other Amaranthus species, they cultivated this one plant, collected its seeds and began the long process of growing generations of related plants and harvesting the seeds.

"A good plant would produce about 100,000 seeds," said UI crop sciences professor Patrick Tranel, who led the research. "From this one plant, we eventually got more than 70 million seeds."

To screen the seeds for herbicide resistance, the researchers spread them over the surface of soil treated with a type of herbicide known as an ALS inhibitor, then waited to see whether any of the seedlings survived. Very few of the test plants overcame the herbicide treatment.

Rigorous testing revealed that those rare plants that did survive were the offspring of seeds of weedy amaranth species that already carried the resistance genes.

The experiments verified that the scientists' approach worked well for screening vast numbers of seeds. It also established that the researchers would have to test many more than 70 million seeds to determine the baseline mutation rate in A. hypochondriacus, and to figure out if low-level herbicide treatment increases that rate.

Knowing this is essential to developing models that can accurately predict how plants will behave in a field, said Tranel.

Even though the mutation rate is much lower than expected, it doesn't mean that herbicide resistance will not occur. "It may be that resistance happens a bit more slowly than previously thought," Tranel said. "But it will still occur."

The study has been published in the journal Weed Science.