New robot can lend a hand in effort to sort waste 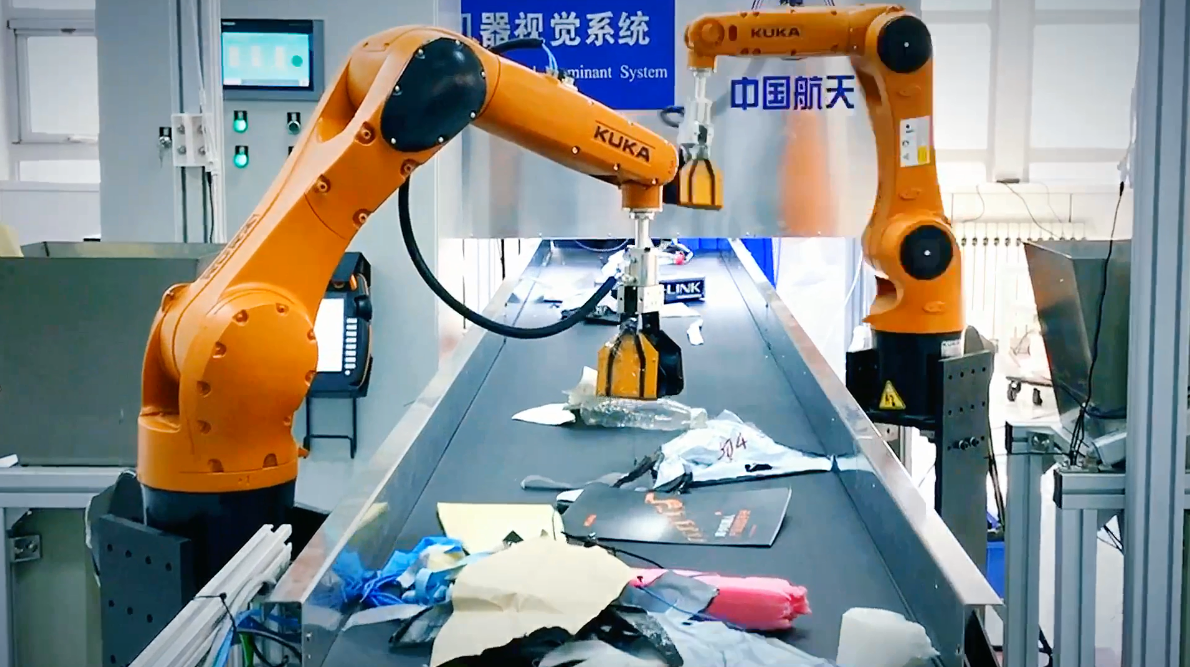 Waste-sorting robots developed by the Beijing Institute of Precision Mechatronics and Controls are put through their paces in a trial run at the institute. (Photo: China Daily)

With many Chinese cities poised to follow Shanghai in implementing compulsory waste sorting, researchers from the country's major carrier rocket maker have spotted a niche where their expertise could pay off.

Designers at the Beijing Institute of Precision Mechatronics and Controls are known for developing and making servo motors used on carrier rockets built by the China Academy of Launch Vehicle Technology, the country's leading rocket maker and their institute's parent.

However, their latest product-which was shown to the public at the 2019 World Robot Conference that ran from Tuesday to Sunday in Beijing-is not some sophisticated apparatus on giant rockets but a new robot designed for community managers and city officials to enable them to sort and organize garbage in an efficient manner.

Liang Binyan, the robot's chief designer, said the machine incorporates intelligent algorithms and the institute's know-how on servo motors and precision control devices, adding that such instruments are key parts on other robots as well as spacecraft.

"The robot is an interesting example of how we transfer space technologies to benefit the public-its predecessor has been lifted into space by a rocket to conduct experiments in clearing space debris, and all of its visual-recognition, human-computer interaction and robotic arm systems were developed based on those used on rockets," he explained.

The machine detects and recognizes each recyclable item, from wooden refuse to zip-top cans and plastic bottles, according to external characteristics like shape and color and then uses a robotic arm to seize it. The recyclable items are placed in different containers according to type, Liang said.

The robot boasts a 94 percent accuracy rate and can recognize items partly covered by other things.

It has flexible, modular configurations that can be decided by users, Liang said. For example, the robot's core module, equipped with one visual-recognition camera and four arms, can handle as much as 300 metric tons of recyclable waste a day.

"It is able to control up to 30 arms simultaneously, which means it is capable of processing a great deal of garbage on a daily basis," he said.

Zou Hebin, deputy head of space-technology commercialization at the institute, said that considering the large size of the robot, it is suitable for use at waste disposal facilities rather than households. He added that researchers are designing a household version, while at the same time improving the robot by enabling it to recognize more types of trash and enhancing its accuracy rate.

According to the central government's plans, 46 cities, including Beijing, Shanghai, Chongqing and Changchun, the capital of Jilin province, will have set up comprehensive waste-sorting systems by the end of 2020.