BEIJING, Aug. 7 (Xinhua) -- A new study led by Chinese astronomers has shed light on the mysterious dimming of Betelgeuse, the brightest reddish star located in the shoulder of the Orion constellation. 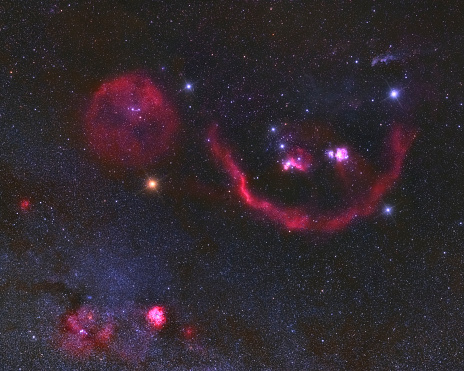 From October 2019 to February 2020, Betelgeuse went through a mysterious dimming, attracting the attention of both astronomers and the public.

The brightness fainted by more than 2.5 times, which could even be discerned by naked eyes in the night sky.

Astronomers have put forward several possible reasons including pre-phase of supernova explosion, obscuring dust, and changes in the photosphere of the star.

A research team led by the National Astronomical Observatories (NAOC) under the Chinese Academy of Sciences analyzed the high-resolution near-infrared spectra of Betelgeuse obtained at the Weihai Observatory of Shandong University during the dimming and post-dimming phases.

The results showed that the dimming was likely caused by the presence of a large dark star-spot on the surface of Betelgeuse.

The findings offer insight into the nature of red supergiant stars, the main contributors to the enrichment of heavy elements in the universe, said Zhao Gang with the NAOC, who headed the research.

The study was published in the journal Nature Communications.