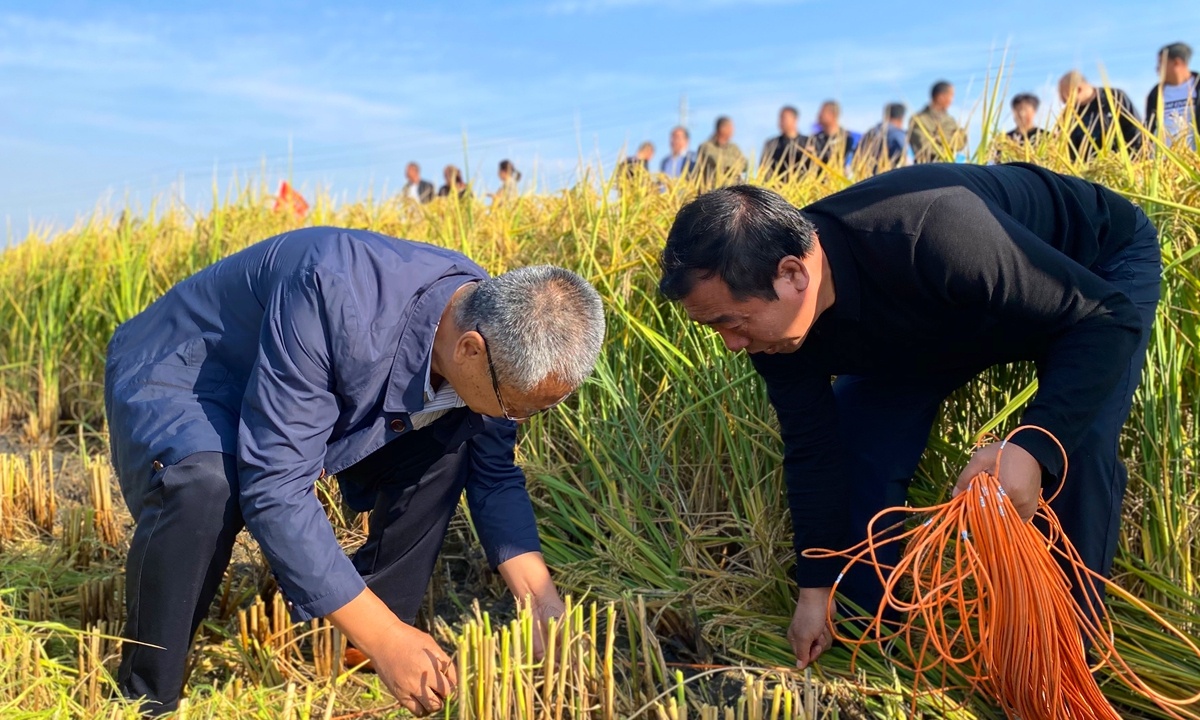 Agriculturalists harvest experimental rice as part of a project led by renowned Chinese agronomist Yuan Longping in the Hinggan Mountains in Inner Mongolia Autonomous Region on Sunday. This rice can grow in fields that are high in salt and alkaline, and the yield is 533.95 kilograms on a land parcel of 0.06 hectares. Official data showed that China produced 209.6 million tons of rice in 2019. (Photo: cnsphoto)

Yields from three sample areas were collected, averaging at 1,004.83 kilograms per mu, exceeding the expected 900 kilograms. The hybrid rice breed is part of a project to achieve super high yield of 1500 kilogram per mu in two farming seasons, which has six experiment fields in Hainan.

"We have confidence that the goal of 1,500 kilograms / mu can be achieved," Cao Bing, expert on the projects briefed the media. The team is now ready to prepare for the planting for the next season.

According to media reports, high temperature in Hainan shortens the rice's growing time, making it less likely to harvest high yields. The high yields recorded for Chaoyouqianhao provides a template for other rural places in China, according to experts leading the project.