Researchers have found a new way to design solar cells that could drive down manufacturing costs and even make them more efficient, said a study released on Friday by the University of Sheffield. 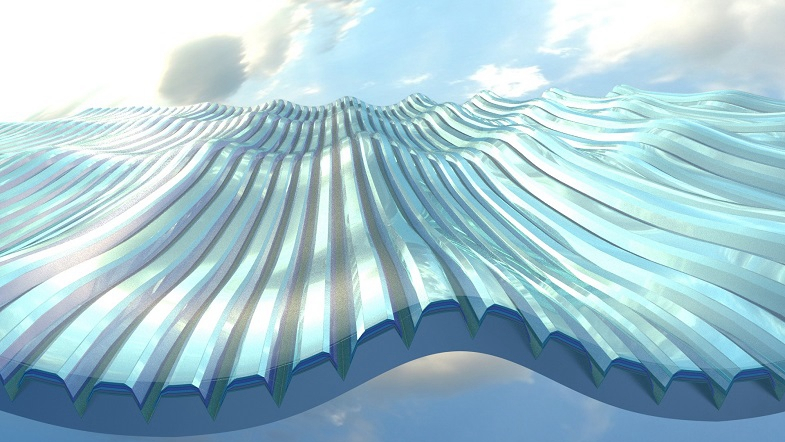 The new solar-cell design has a surface embossed with micro-grooves. (Photo: University of Sheffield)

A team of researchers from the university and the technology company Power Roll demonstrated that by coating opposing walls of micro-grooves with different electrical contacts, and then filling the grooves with a solution-processable semiconductor, it was possible to create a new type of back-contacted solar cell.

The new design removes many of the manufacturing process steps required by existing methods and allows new materials to be used that would not usually be appropriate in regular solar cells, according to the study.

"The devices we have demonstrated with Power Roll have a promising efficiency, whereby seven percent of sunlight power falling onto a single photovoltaic micro-groove device is directly converted to electrical power, this is already around a third of what the best performing but expensive solar cells produce today," said Professor David Lidzey from the University of Sheffield.

Building on the work published in this paper, the University of Sheffield and Power Roll have successfully produced working mini-module demonstrators. Power Roll is now focusing on scaling up the technology ready for commercialization.