BEIJING, May 13 (Xinhua) -- Chinese researchers have developed a new technology to produce artemisinin, the top choice for malaria treatment, on a large scale. 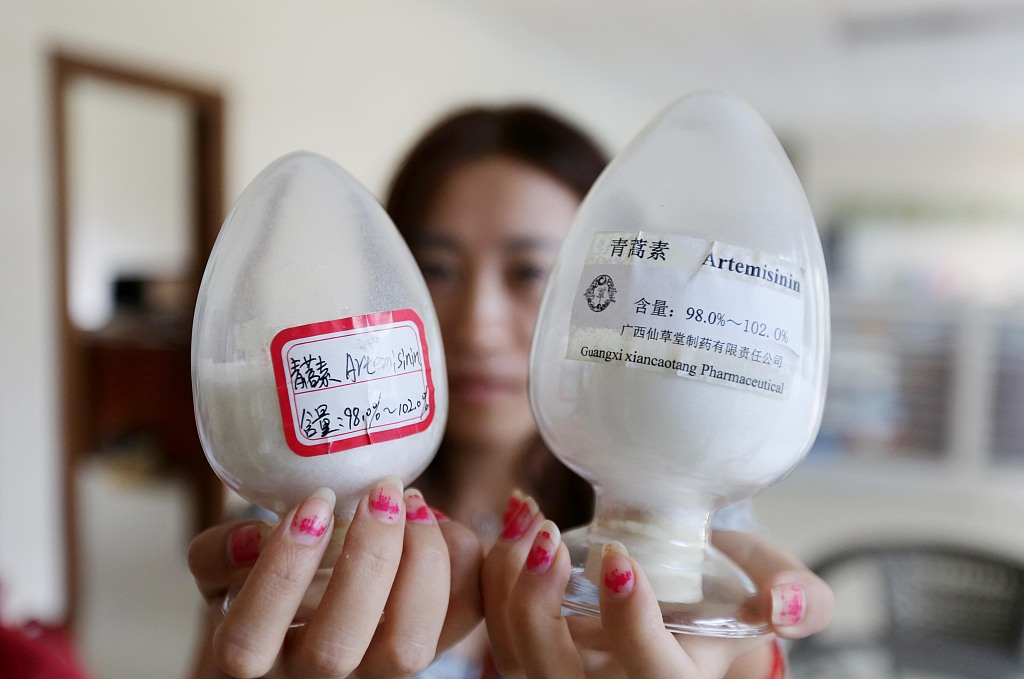 In 2005, the World Health Organization recommended Artemisinin-based Combination Therapies (ACTs) as the most effective malaria treatment available. Global demand for artemisinin then increased, but the quality and supply have not been stable.

According to researchers from the Institute of Process Engineering (IPE), Chinese Academy of Sciences, due to its complex structure, artemisinin is currently difficult and not economically feasible to chemically synthesize.

The traditional industrial method to produce artemisinin is to treat sweet wormwood leaves with organic solvents like petroleum ether.

The extraction process is long, energy consumption is high and productivity is low.

In the study, the IPE researchers proposed to enhance the contact between the solvent and the leaves by reflux to speed up the artemisinin extraction.

The extraction time was reduced from seven hours to four and a half hours.

After treating sweet wormwood leaves with solvents, they optimized the evaporation process with a thin film evaporator, an apparatus that provides a continuous evaporation process, especially for heat-sensitive products, to retrieve the solvents.

Compared to the traditional process, the time it takes to produce the artemisinin concentrate is reduced by 87.5 percent.

Meanwhile, the purity of the final product is increased to more than 99 percent, and energy consumption is also reduced.

The new technology makes the recovery of the solvents reach 99.9 percent, energy consumption per ton of artemisinin drop by 43 percent and the product purity is higher than 99 percent, said  Wang Hui from the IPE.

"This technology solves the main shortcomings in the traditional artemisinin production process and could also provide ideas for other natural products production," said Zhang Suojiang, the director of IPE.