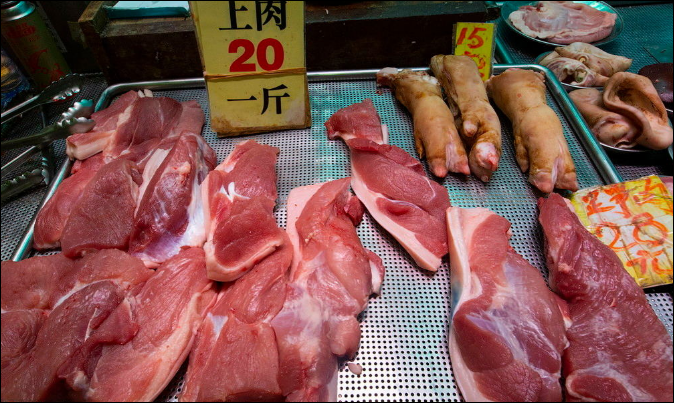 Chinese scientists may have found effective and safe immunizations

The research was led by Harbin Veterinary Research Institute, in Harbin, Heilongjiang province, which is affiliated to the academy.

Researchers have determined the minimum amount required to produce adequate immunization, and have proved they are safe when used in large quantity and repetitively, the academy said, adding more research and tests are needed before the vaccines can be submitted to authorities for inspection and approval.

Currently there is no effective vaccine for African swine fever, although research and development of potential vaccines is underway in some countries.

By late April, China had been hit by 129 African swine fever outbreaks, affecting all 31 provinces, municipalities and autonomous regions on the mainland, since the country's first reported outbreak in Shenyang, Liaoning province, in August, according to the Ministry of Agriculture and Rural Affairs.

This resulted in more than 1 million pigs being slaughtered to prevent and control the disease, which is deadly to pigs but does not affect people. The ministry has called for intensified research and development to expedite the availability of vaccines for disease prevention and control, but admitted difficulties due to the complex nature of the virus.

China is the world's largest producer and consumer of pork, with an annual production of 700 million pigs. Pork accounts for 62 percent of meat consumption in China, and sustained outbreaks of African swine fever will cause devastating consequences to the pig industry and endanger China's food security, the Chinese Academy of Agricultural Sciences said.

Before the development of the possible vaccines, researchers in the academy managed to isolate an African swine fever virus at a farm hit by an African swine fever outbreak last year in Jiamusi, Heilongjiang province. Subsequent research was conducted, including on the infectiousness and transmission of the virus.

The Chinese Academy of Agricultural Sciences will also focus efforts over the next few years on other areas to help fight African swine fever, including technologies that can quickly test for the virus and kill it with high efficiency, according to a plan released by the academy.