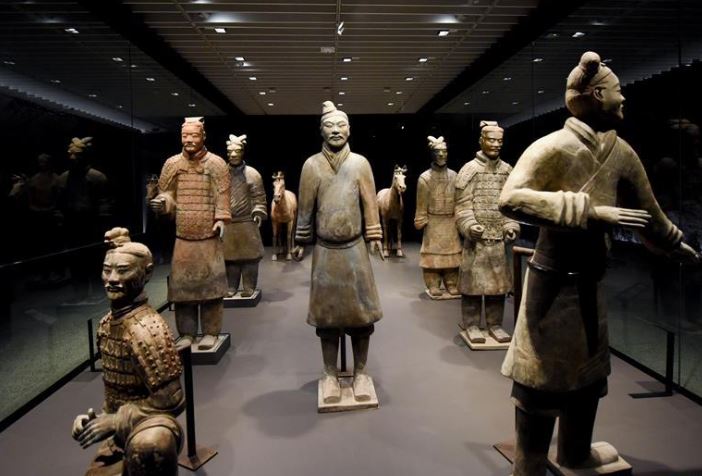 Travelers can book tickets, view online maps and purchase souvenirs via a mini-program on WeChat, China's popular social media platform, where they could also have a closer look at the Terracotta Warriors in the museum with the help of VR and AR technology, according to Cheng Wu, a vice president with Tencent.

Meanwhile, short videos and online games have also been launched to spread knowledge of the cultural relics and enrich travelers' online tour experience.

In recent years, the museum has teamed up with a list of technology companies to develop a series of interactive products, such as "Tencent Smart Guide for Emperor Qinshihuang's Mausoleum Site Museum" and "Hi, Terracotta Warriors," which are popular among tourists and museum-goers, according to Hou Ningbin, curator of the museum.