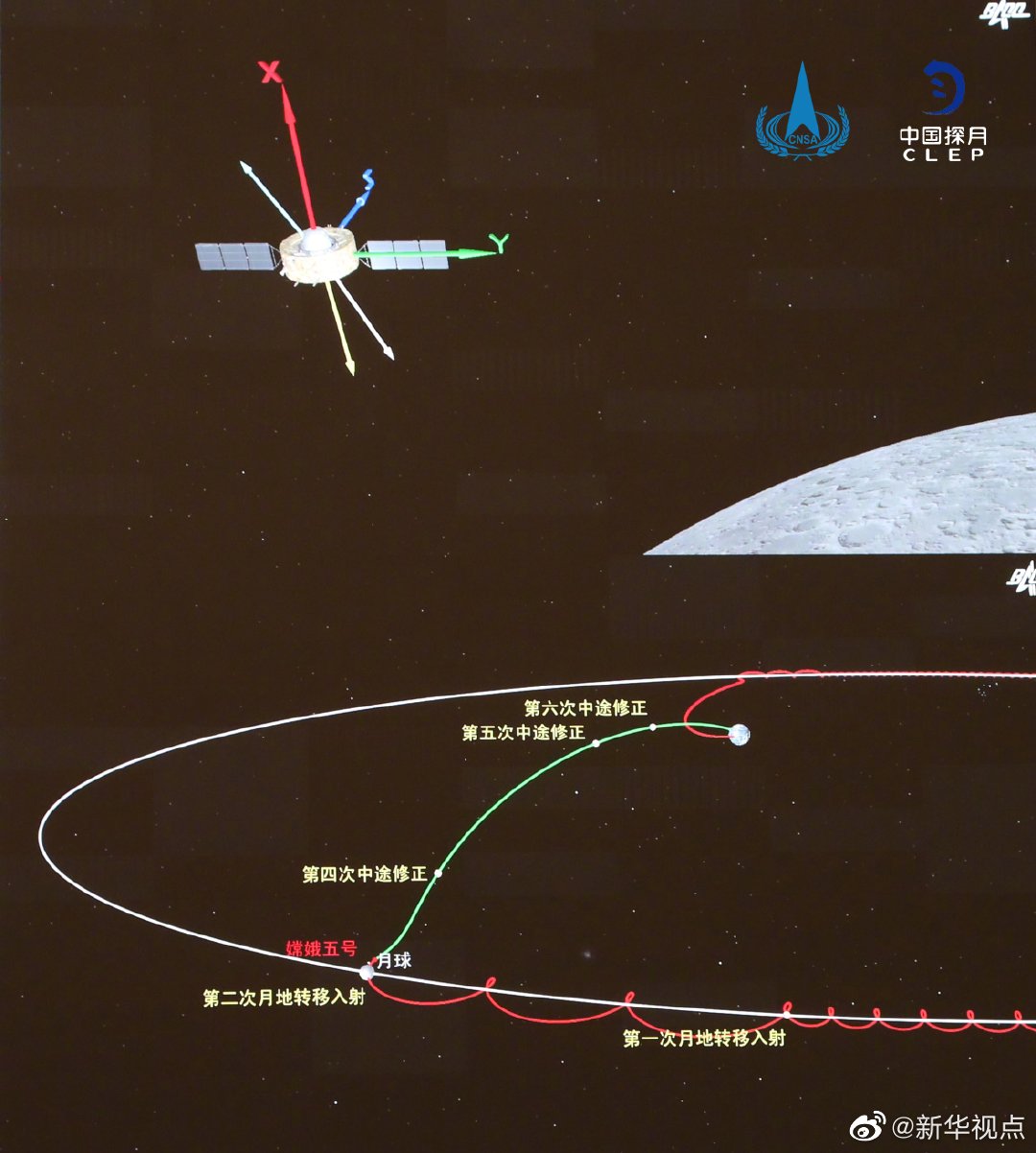 Four 150N engines on the orbiter-returner combination ignited when they were 230 km away from the lunar surface and shut down after 22 minutes, the administration said in a statement.

According to real-time monitoring data, the orbiter-returner combination entered the targeted orbit successfully.

Later, the spacecraft combination carrying lunar samples will conduct orbital correction during its journey to Earth. When the time is right, the orbiter and returner will separate from one another, according to the administration.

The Chang'e-5, comprising an orbiter, a lander, an ascender and a returner, was launched on Nov. 24. Its orbiter-returner combination completed its first orbital maneuver on Saturday.