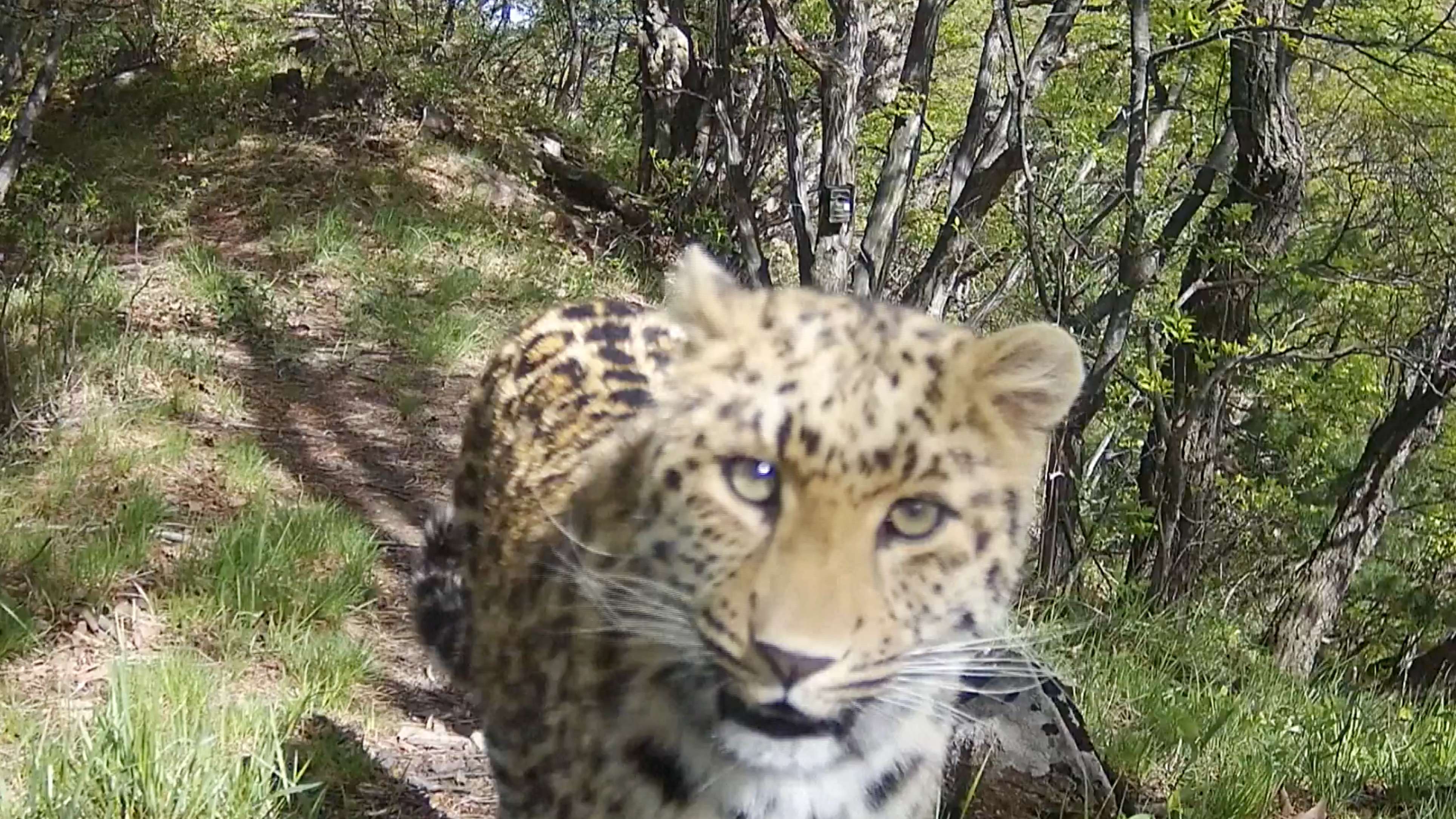 In the late 20th century, the number of leopards in China sharply shrank. Those on record are numbered and restricted to only a few areas in the country. But things took a turn for the better in 2013 when locals in Lhorong County reported sightings of leopards with unique rosette patterns.

"In October 2013 when we were doing an investigation in Qamdo City's Lhorong County, we heard the locals say that they saw some leopards with yellowish fur near the Grand Canyon of Nujiang River," recalled Tang Zijun, an engineer with the Central South Investigation, Planning and Design Institute under the National Forestry and Grassland Administration.

"After analysis, we thought those might be panthera pardus. In April 2014, we set some infrared cameras around that area," Tang added.

In October of the same year, the infrared cameras caught footage of leopards. More images and clips of leopards have been collected in the area since and a scientific examination of the population of leopards in the eastern part of Tibet was launched in 2019 by the agency where Tang works.

After three years of investigation, researchers identified the wild cats in Lhorong County as the endangered North China leopard with a population of only a few hundred in China.

"From 2019 to 2021, we set up over 300 infrared cameras in an area that covers 1,200 square kilometers with an altitude between 3,000 to 5,000 meters," said Guo Keji, a senior engineer with the Central South Investigation, Planning and Design Institute.

Some 200,000 photos and videos were collected and leopards were spotted more than 300 times.

"Through recognition technology on rosette patterns, we've identified at least 30 wild leopards. Based on the comparative analysis of data at home and aboard, we can basically be sure that leopards living in the eastern part of Tibet make up the biggest wild North China leopard group with the highest density in Qinghai–Tibet Plateau," Guo added.