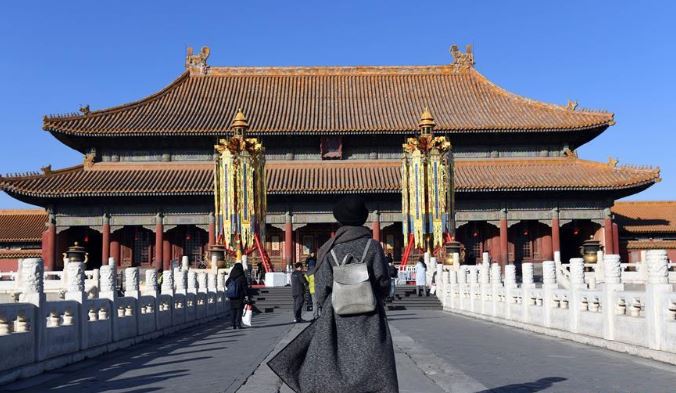 BEIJING, April 19 (Xinhua) -- Chinese audiences nationwide will be able to take a virtual tour of a royal hall in the Forbidden City over the next three years, the Palace Museum said Friday.

The museum has carefully recorded and collected digital data on the Hall of Mental Cultivation architecture and its collections, since 2006.

With virtual reality and digital resources, audience can spend a day in the hall virtually, learning about ancient architecture and life in the Qing court.

The "Discovering the Hall of Mental Cultivation: A Digital Experience," exhibition has been displayed in the the Forbidden City since October 2017.

The first stop of the exhibition tour will be Shanghai.