CHICAGO, May 8 (Xinhua) - A study of the University of Michigan (UM) has found the first evidence of transitive inference, the ability to use known relationships to infer unknown relationships, in the lowly paper wasp, a non-vertebrate animal. 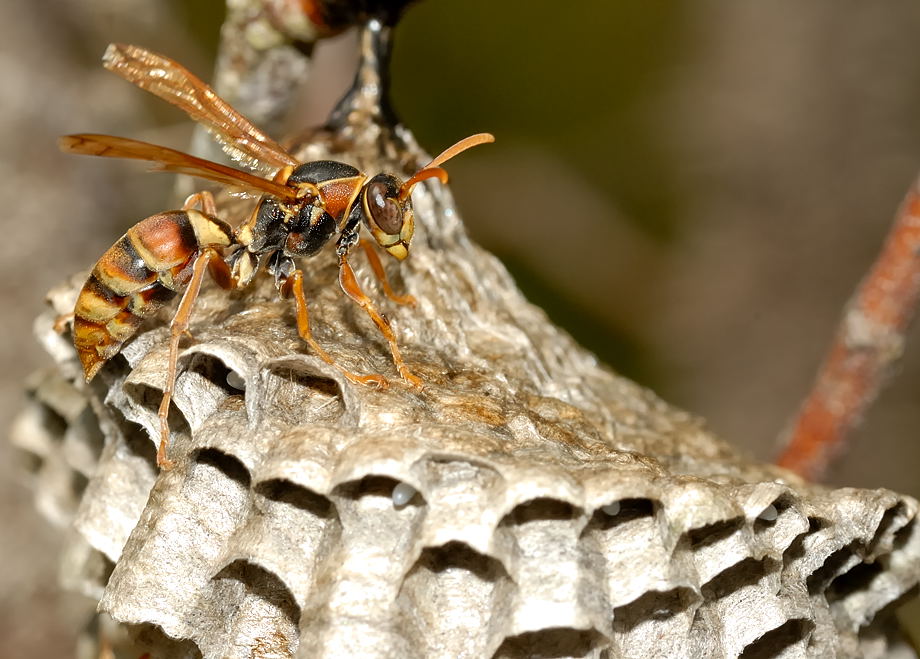 For the study posted on the UM's website on Tuesday, the researchers tested whether two common species of paper wasp, Polistes dominula and Polistes metricus, could solve a transitive inference problem.

In the laboratory, individual wasps were trained to discriminate between pairs of colors called premise pairs. One color in each pair was associated with a mild electric shock, and the other was not.

"I was really surprised how quickly and accurately wasps learned the premise pairs," said Elizabeth Tibbetts, a professor in the UM Department of Ecology and Evolutionary Biology.

"I thought wasps might get confused, just like bees," Tibbetts said. "But they had no trouble figuring out that a particular color was safe in some situations and not safe in other situations."

"We're not saying that wasps used logical deduction to solve this problem, but they seem to use known relationships to make inferences about unknown relationships," she said. "Our findings suggest that the capacity for complex behavior may be shaped by the social environment in which behaviors are beneficial, rather than being strictly limited by brain size."

The researchers have also demonstrated that paper wasps have surprisingly long memories and base their behavior on what they remember of previous social interactions with other wasps.

This study adds to a growing body of evidence that the miniature nervous systems of insects do not limit sophisticated behaviors.

The findings were published online in the journal Biology Letters this week. Enditem