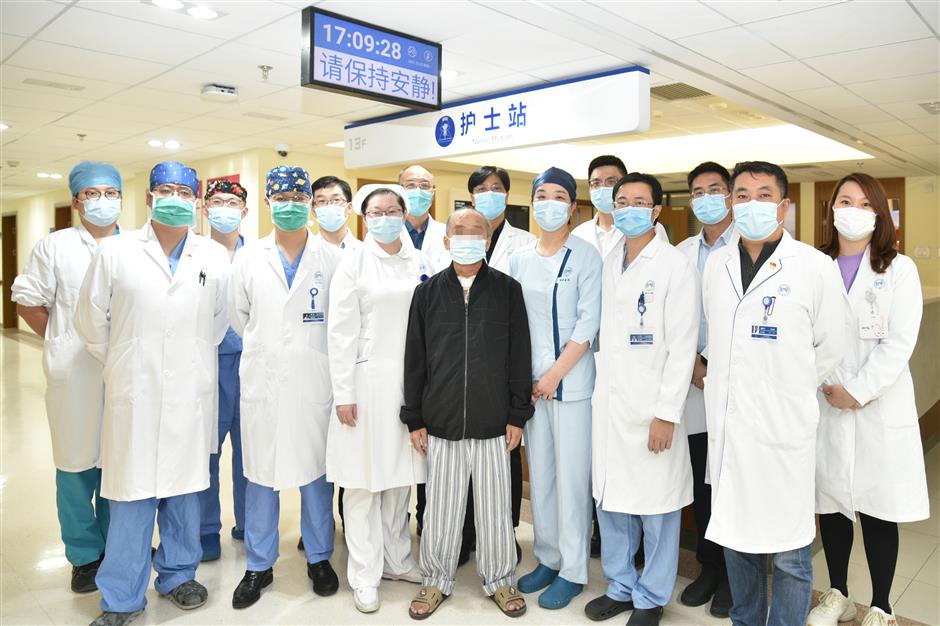 A large team of medical staff are involved in the patient's treatment and recovery.

A patient who has survived for eight days connected to a life-support machine and then underwent a lung transplant surgery is recovering well and will be discharged on Wednesday, said Shanghai Chest Hospital.

The man, who suffered breathing difficulty due to pulmonary fibrosis, went to the hospital four months ago. Doctors said the average survival time for such patients is between two and four years, and lung transplant is the only solution. The patient and his family said they wanted to consider the suggestion and returned home.

However, his condition deteriorated suddenly due to a serious lung infection in late August. He had respiratory failure while being rushed to the hospital's emergency room.

Doctors decided to use ECMO, or extracorporeal membrane oxygenation, to sustain his life while waiting for an organ donor.

It was on the ninth day that a donor was found.

Doctors conducted the lung transplant surgery on September 4. It was a challenging and risky surgery that lasted for eight hours.

The lung transplant team implemented a plan for infection control, rehabilitation and nutrition management for the patient, who has managed to conquer post-operative complications.

Dr Yao Feng, head of the hospital's lung transplant branch under cardiothoracic surgery department, said there is an optimal time for patients to receive lung transplants. But some patients hesitate and miss the best opportunity.

"A lung transplant is an important solution to patients with terminal lung failure, and we will try our best to treat each patient," he said. 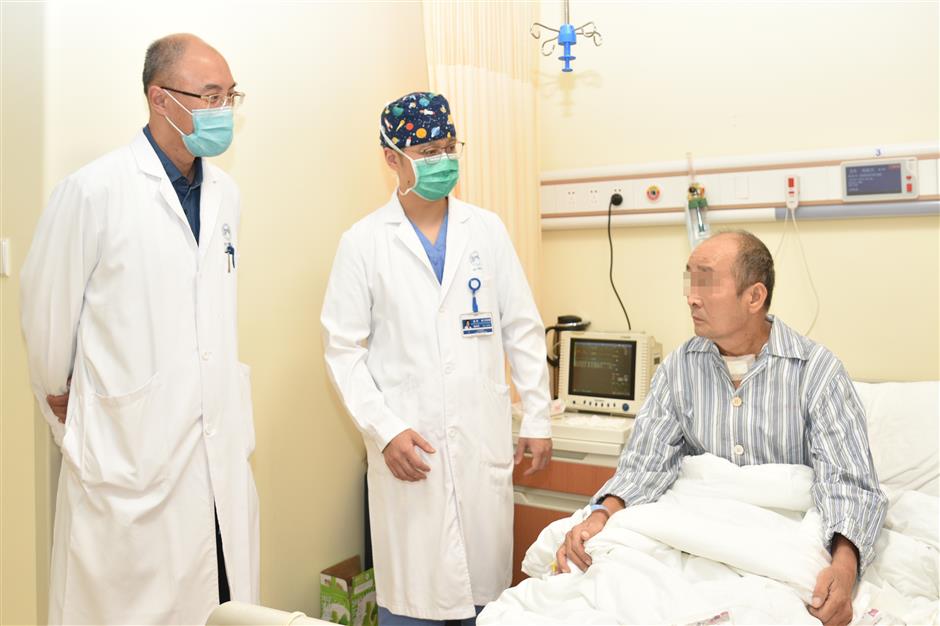