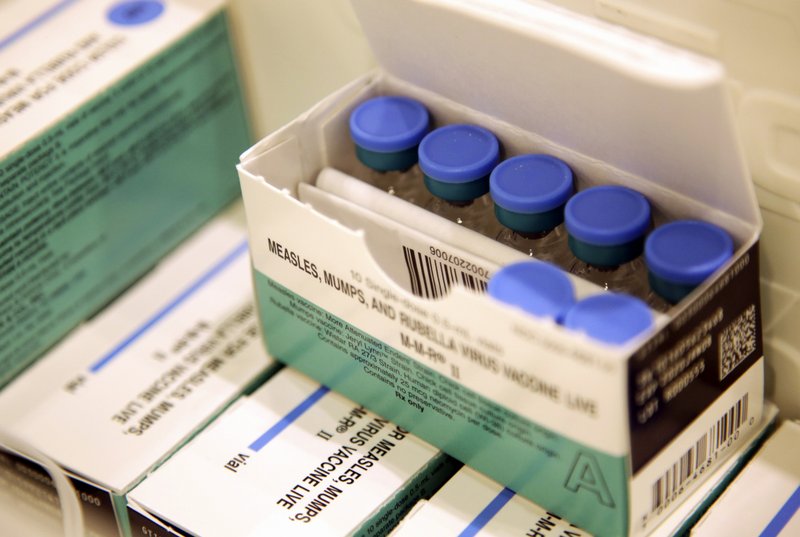 In this March 27, 2019, file photo, measles, mumps and rubella vaccines sit in a cooler at the Rockland County Health Department in Pomona, N.Y. (Photo: AP）

Pinterest said Wednesday it will try to combat misinformation about vaccines by showing only information from health organizations when people search.

Social media sites have been tryingto combat the spread of misinformation about vaccines. Pinterest previously tried blocking all searches for vaccines with mixed results.

Now searches for “measles,” ″vaccine safety” and related terms will bring up results from such groups as the World Health Organization, the Centers for Disease Control and Prevention, the American Academy of Pediatrics and the WHO-established Vaccine Safety Net.

Pinterest won’t show ads or other users’ posts, as they may contain misinformation.

Though anti-vaccine sentiments have been around for as long as vaccines have existed, health experts worry that anti-vaccine propaganda can spread more quickly on social media. The misinformation includes soundly debunked notions that vaccines cause autism or that mercury preservatives and other substances in them can harm people.

Experts say the spread of such information can push parents who are worried about vaccines toward refusing to inoculate their children, leading to a comeback of various diseases.

Measles outbreaks have spiked in the US this year to the highest number in more than 25 years.

In the UK, Prime Minister Boris Johnson blamed people “listening to that superstitious mumbo jumbo on the internet” for a rising incidence of measles in that country. The government plans to call a summit of social media companies to discuss what more they can do to fight online misinformation, though plans were still being worked out.

Facebook said in March that it would no longer recommend groups and pages that spread hoaxes about vaccines and that it would reject ads that do this. But anti-vax information still slips through.

The WHO praised Pinterest’s move and encouraged other social media companies to follow.

“Misinformation about vaccination has spread far and fast on social media platforms in many different countries,” the statement said. “We see this as a critical issue and one that needs our collective effort to protect people’s health and lives.”