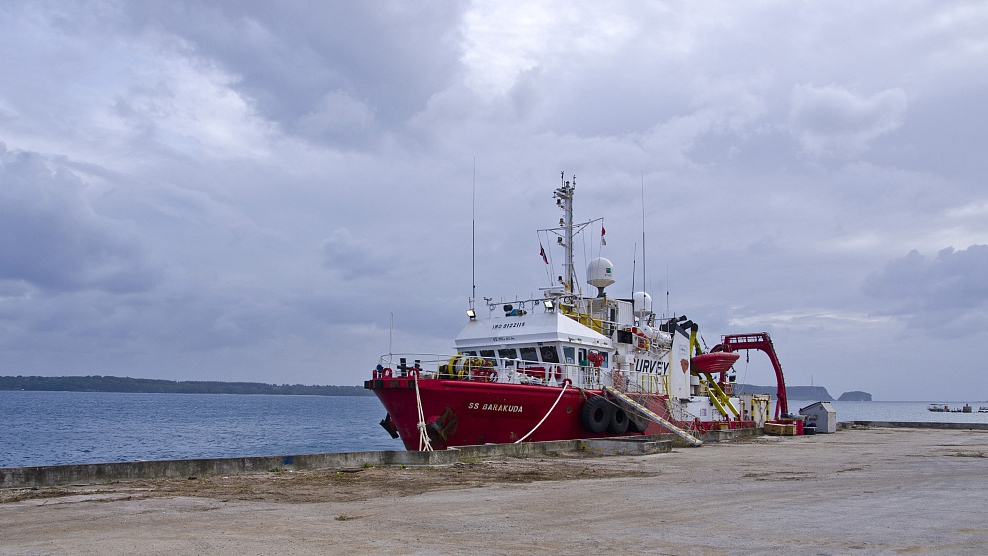 Besides for breaking the record for a manned sub dive in the Mariana Trench, the latest dive down to the deepest point underwater found a heartrending discovery: The existence of the plastic waste on the bottom of the ocean.

American deep-sea explorer Victor Vescovo's undersea solo dive was 10,927 meters below the Pacific Ocean, 16 meters lower than the previous record which was set in 1960. But what was supposed to be an exciting scientific exploration was spoiled by some uninvited guests, including a plastic bag and candy wrappers.

"It was very disappointing to see obvious human contamination of the deepest point in the ocean," Vescovo said in an interview.

This is not the first time people have found plastic waste in the deep ocean. 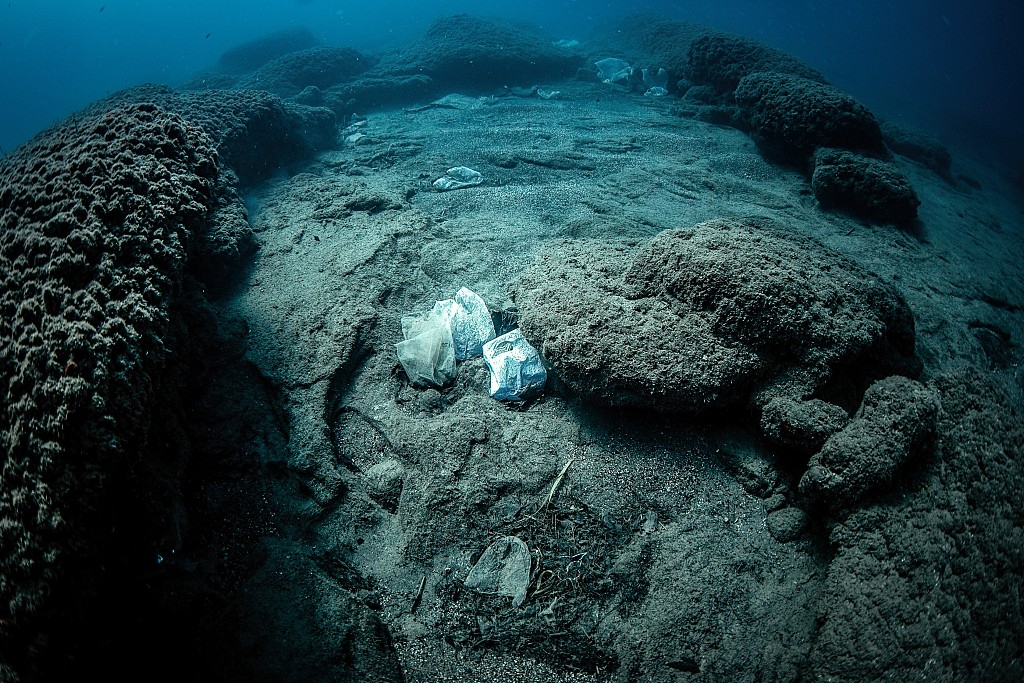 Plastics lie on the bottom of the Samandag Cevlik Akcay diving site off the coasts of Samandag, near the Turkey.  (Photo: VCG)

In a reported published by Japan Agency for Marine-Earth, Science & Technology (JAMSTEC) and the UN Environment World Conservation Monitoring Center, scientists found what is still the deepest known piece of plastic—a flimsy shopping bag—at a depth of 10,972 meters inside the Mariana Trench.

What's more shocking in the report is the epidemic proportions of plastic in the world's oceans, with an estimated 100 million tonnes dumped there to date.

Plastic waste accounts for 33% of the overall waste at a depth of over 2,000 meters under the sea, and the  deeper the water, the more waste goes with it. The proportion increases to 50% at the depth of 6,000 meters.

This shows humanity does more damage than we think. 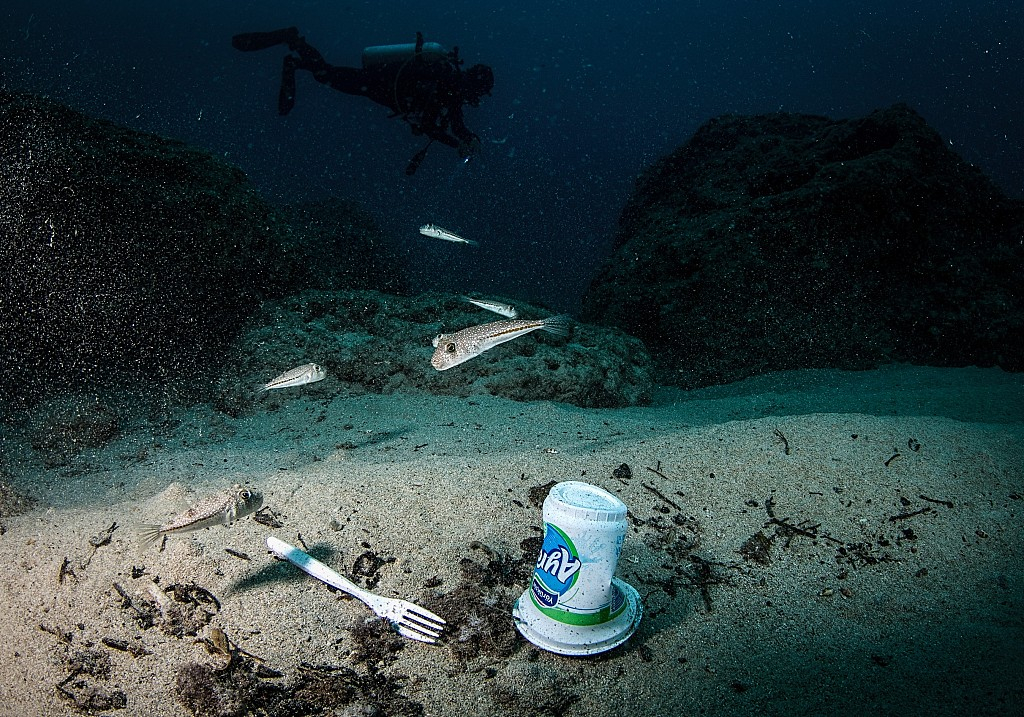 Fishes swim near a plastic fork and a bottle at the Samandag Cevlik Akcay diving site off the coasts of Samandag, near Turkey. (Photo: VCG)

What else was learned from this dive?

Other than the plastic waste, Victor in his submersible also spotted four new species including prawn-like crustaceans, a creature called a spoon worm 7,000m-down and a pink snailfish at 8,000m.

His record breaks those set by U.S. Navy lieutenant Don Walsh and Swiss engineer Jacques Piccard who touched down on the seafloor at the depth of 10,912 meters in their submersible in the 1960 and movie director James Cameron who reached the same limit in 2012. 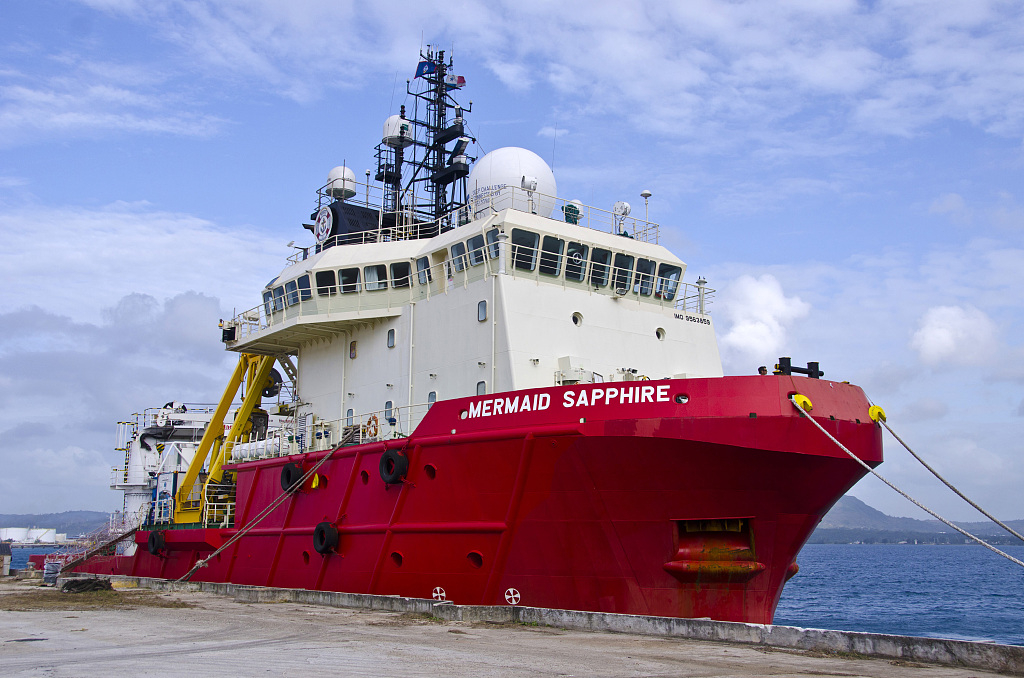 The vessel, 'Mermaid Sapphire' carrying the revolutionary submarine Cameron will use for the attempt. (Photo: VCG)

To show how deep it is, think about this: If you were to drop Mount Qomolangma, which is more than 8,000 meters tall, into the Mariana Trench, there would still be nearly two kilometers of water between the mountain's summit and the surface.

In the next step, the team said its scientists were going to perform tests on the creatures found to in order to have a clear picture about the percentage of plastics found in them.