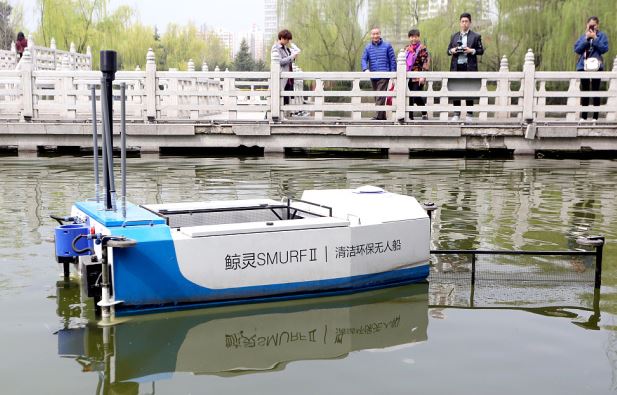 A group of postgraduate students from Northwestern Polytechnic University in Xi'an have built a driverless boat that removes garbage floating on the surface of water, local media reports.

The 1.6-meter-long and 1.3-meter-wide boat can remove more than 20 kilograms of garbage from a waterway in a single trip. The boat is the fourth generation of a 2016 project led by a professor at the university, research student Chi Yuhao told an interviewer.

Before the boat went into public waters, it was tested hundreds of times in experiments. "There is a belt at the front of the boat, which helps capture the garbage and transport it to a garbage container in the center," said Chi Yuhao. "Thanks to a bunch of cutting-edge technologies, the boat can operate at a top speed of 5.4 kilometers per hour and work continuously for nearly eight hours on the water.

The boat is also capable of water quality and algae monitoring.

The boat has already been put to use in several cities around the country, including Xi'an, Yan'an, and Ningbo.