TECH Powerful survey telescope due to be built by 2022

Powerful survey telescope due to be built by 2022 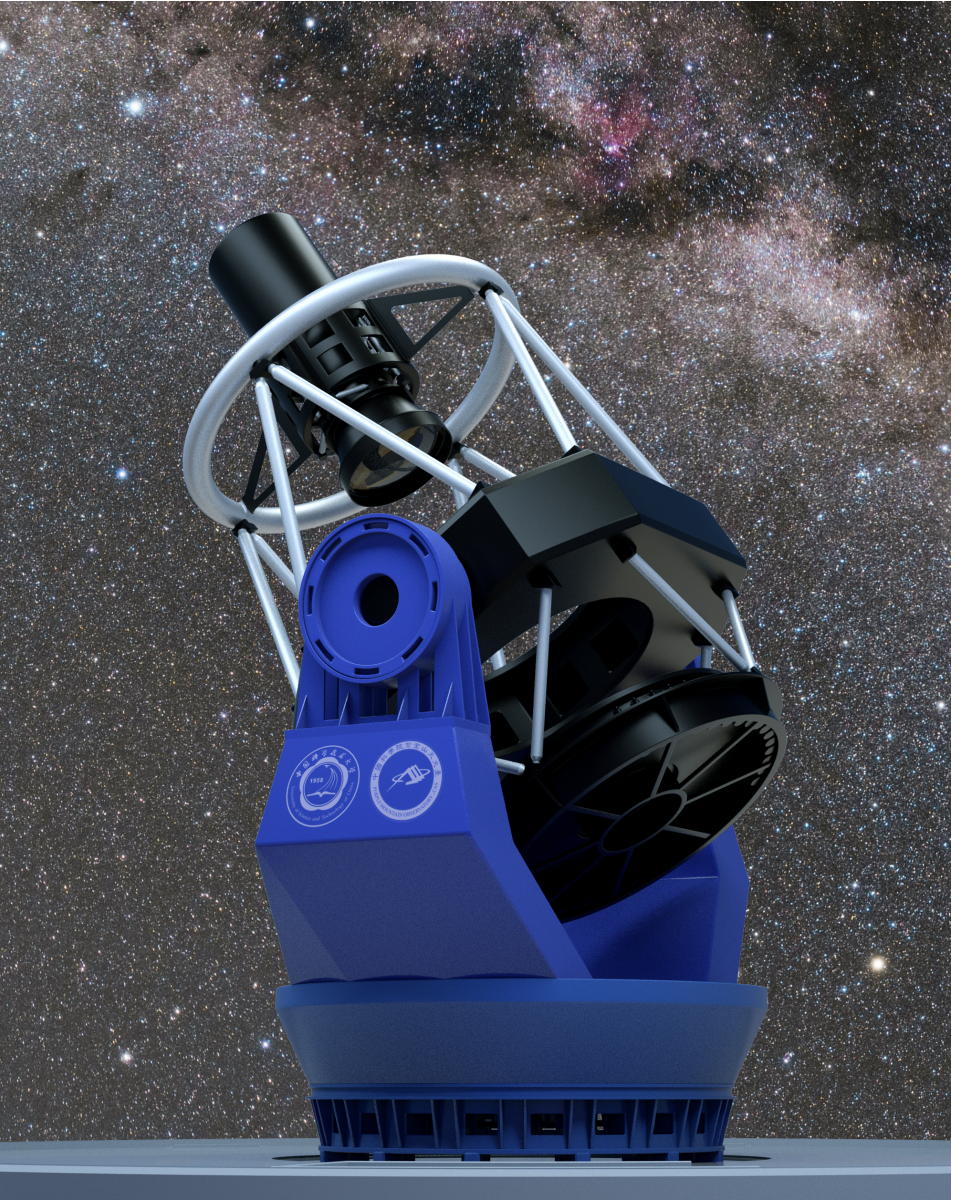 Chinese scientists are building the world's most powerful widefield survey telescope of its class in the northern hemisphere near the "Mars Camp" in Qinghai province. Construction of the telescope is due to be completed by 2022 and it will begin surveying the night sky around 2023.

Scientists hope its panoramic view will lead to new astronomical discoveries, such as finding faint celestial bodies or studying how the structure of galaxies changes over time. It can also be used to monitor space debris to ensure the safety of spacecraft during future explorations.

On April 16, the University of Science and Technology of China signed a cooperation agreement with the Haixi Mongol and Tibetan autonomous prefecture in Qinghai province. They plan to build the telescope on top of Saishiteng mountain near the town of Lenghu in the prefecture, famed for being China's "Mars Camp" due to its eerily eroded desert landscape that closely resembles the surface of the red planet.

The instrument is called the Wide Field Survey Telescope, or WFST, and has an estimated cost of 200 million yuan ($28 million), according to project information obtained by China Daily.

It boasts a 2.5-meter in diameter optical telescope and a 750-million-pixel, 1.5 metric ton camera, making it the most capable widefield survey telescope of its class north of the equator.

Zheng Xianzhong, a researcher at the Purple Mountain Observatory of the Chinese Academy of Sciences, one of the key institutions behind the project, said in a presentation last year that the telescope can survey the entire northern sky once every three nights, and collect around 400 terabytes of image data annually over its six-year operation period.

This survey speed is on par with the Large Synoptic Survey Telescope currently being built in Chile, which is the world's flagship wide-field telescope at 8.4 meter in diameter, equipped with a 3.2-billion-pixel camera, and used for surveying the southern sky.

The WFST is "complementary and has synergy with the LSST in terms of sky accessibility and science", Zheng said.

"The WFST is a powerful survey machine, and its six-year survey period will yield the deepest imaging of the northern sky, providing key data for multiple scientific research."

NASA also has a new wide-field survey telescope in the pipeline, albeit in space rather than ground-based, called the Wide Field Infrared Survey Telescope. However, this hefty $3.2 billion project has faced repeated threats of cancellation by the current United States administration, and its fate remains undecided.

The US currently has the Sloan Digital Sky Survey in New Mexico that also uses a 2.5-meter wide-angle telescope, but it cannot survey the entire northern sky.

Christian Ready, an astronomy lecturer at Towson University in the United States, said most telescopes study the universe by focusing on a relatively small area of the sky for up to several hours at a time.

"But the rest of the sky isn't sitting still," he said. "As many as 1 million supernovae explode in distant galaxies every single day, but in order to keep track of the changing skies, we need a telescope unlike anything built before."

Large telescopes are also notoriously expensive and difficult to build. Therefore, engineers are building more compact and cost-effective telescopes that can take pictures of the universe with greater width and depth than before.

Wide-field survey telescopes achieve this goal by bouncing light between multiple mirrors before capturing them on a giant camera.

Given how most of the survey telescopes north of the equator are clustered in the US, Japan, and the Canary Islands, the WFST's longitude coordinate can complement that of its foreign peers, allowing continuous monitoring of the northern night sky if working together.