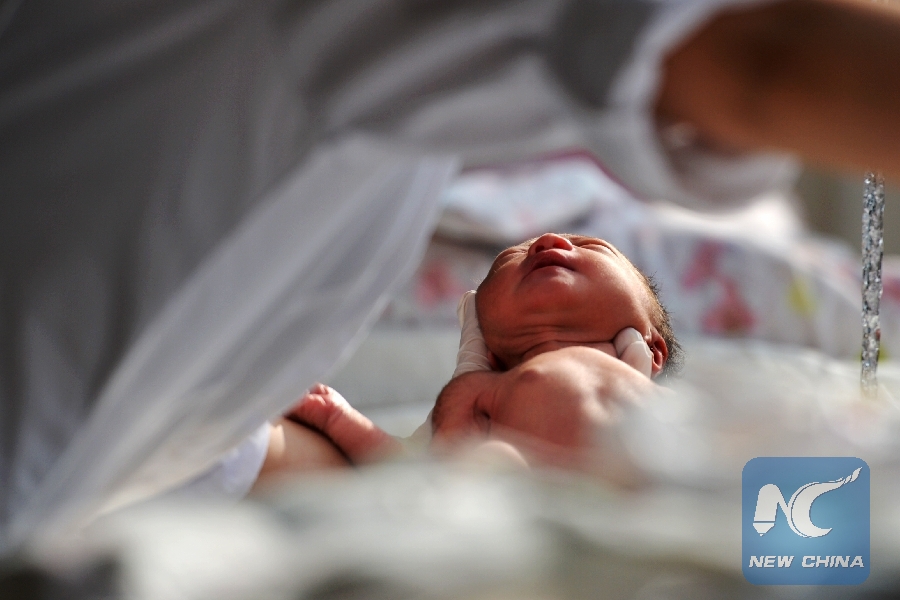 CANBERRA, Oct. 22 (Xinhua) -- Expectant mothers who did not deal with stressful situations during pregnancy often have children who suffer from ill health, researchers found.

The joint research team from the Australian National University (ANU) and the Pennsylvania State University (PSU) in the United States discovered that pregnant women who had low levels of cortisol -- a hormone that helps the body respond to stress, were prone to having less healthy children.

According to the media release on Tuesday, the team examined the real-time cortisol levels in 123 expectant mothers who were between 12 and 32 weeks pregnant and subjected them to a range of stressful situations, such as an argument with their partners.

Cortisol is a hormone produced when the body is under stress, triggering the fight or flight response to perceived threats of danger. But in cases such as chronic anxiety or depression, cortisol levels may not increase in response to stress.

An example of this is mothers who had minimal cortisol reactivity to stress had children with double the amount of GP visits, than children of mothers who did react to stress. Also, their children were three times more likely to have respiratory infections, colds, fevers, and ear infections in their first three years of life.

Poorer child health was also found to be more prevalent when mothers who were pregnant and had reported higher levels of depression.

"We used a common stressor, a conflict discussion with a partner, to measure the responsiveness to stress," said Michael Roettger, an academic at ANU.

"Cortisol levels tend to be less reactive with people who are depressed. Other factors such as prenatal anxiety or chronic stressors may produce similar results.

"We found expecting mothers who had low levels of cortisol reactivity to relationship stress gave birth to children who had more ear infections, fevers and colds and needed more doctor visits.

"For doctors and health care professionals looking at this research, it provides an added incentive to prevent or treat prenatal depression or anxiety."

The co-author and study principal investigator was Mark Feinberg from PSU.