Chinese President Xi Jinping sent a congratulatory message Tuesday to the launch ceremony for the International Thermonuclear Experimental Reactor (ITER) project at its headquarters in Cadarache in southeastern France.

So what is the ITER project and why is it deemed so important by the president? Here’s a quick introduction. 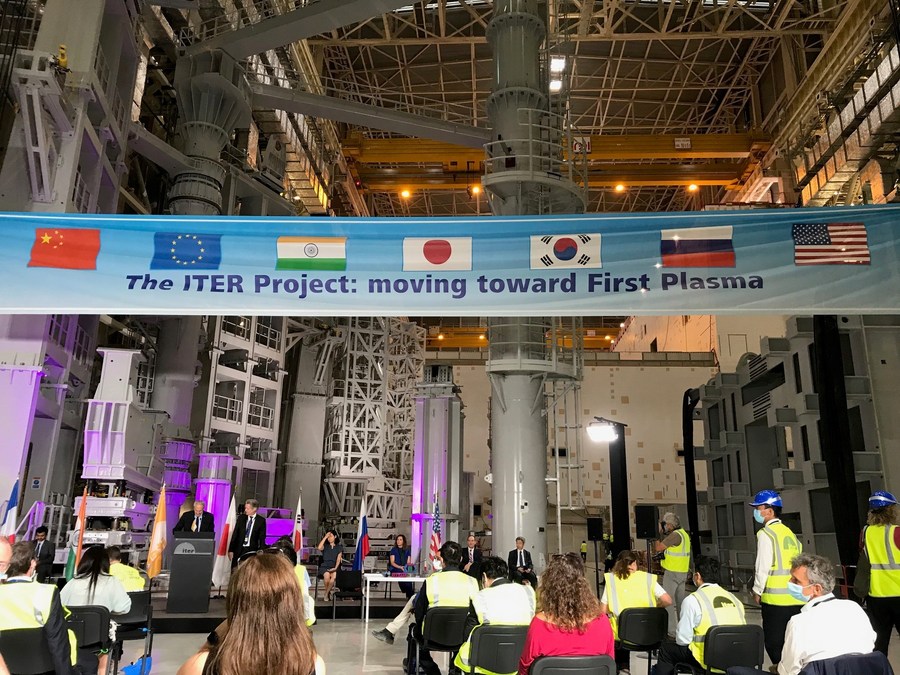 ITER is the world’s largest and the most far-reaching international science project and the largest international collaborative scientific project China has ever joined.

China pays for about 9 percent of the research and development costs toward the creation of a reported “artificial sun.”

Scientists for generations have dreamed of harnessing the endless fusion power of the sun.

If they could only succeed, then countless global and societal problems might be solved such as issues surrounding energy shortages and fossil fuel pollution.

Not only that, but more energy-intensive projects such as desalination and massive spaceships would become more possible through future technologies.

The global team of builders of the new reactor in France are seeking to produce energy by fusing two hydrogen isotopes that are abundant on Earth: deuterium and tritium.

Deuterium extracted from 1 liter of seawater in a fusion reaction can realize the energy of 300 liters of gasoline.

Tritium is produced using lithium – found in seawater and the Earth’s crust – and can absorb energetic neutrons created in both fission and fusion reactors.

No noxious gases and barely any radioactive pollution are generated by controlled nuclear fusion, but mention of the word “nuclear” can conjure up misleading associations for many with Chernobyl or Fukushima.

Such nightmares could only occur with ITER if the deuterium and tritium were heated at a high density to over 100 million degrees Celsius, Duan asserts.

To burn the deuterium and tritium at such astronomic temperatures requires a vacuum vessel.

No known material on Earth is capable of directly containing plasma.

Plasma is the fourth state of matter following its three better-known states: solid, liquid and gas.

So what kind of plasma chamber, or vacuum vessel, qualifies for such a hot job?

Scientists hope they can harness magnetic fields to create the invisible walls of such a vessel.

Since the 1950s, researchers and scientists across the world have been strived to come up with viable plasma confinement systems. British scientists championed Z-pinch, American scientists worked with magnetic mirrors and Soviet scientists built stellarators to harness Tokamak technology.

In the 1980s, Mo Ran, a writer from Southwest China, visited China’s research base for nuclear fusion on a barren mountain, saying “despite living in cave-like rooms, scientists are dedicated to their career and built the HL-1 device with design drawings stacked up to the height of a three-story building.” 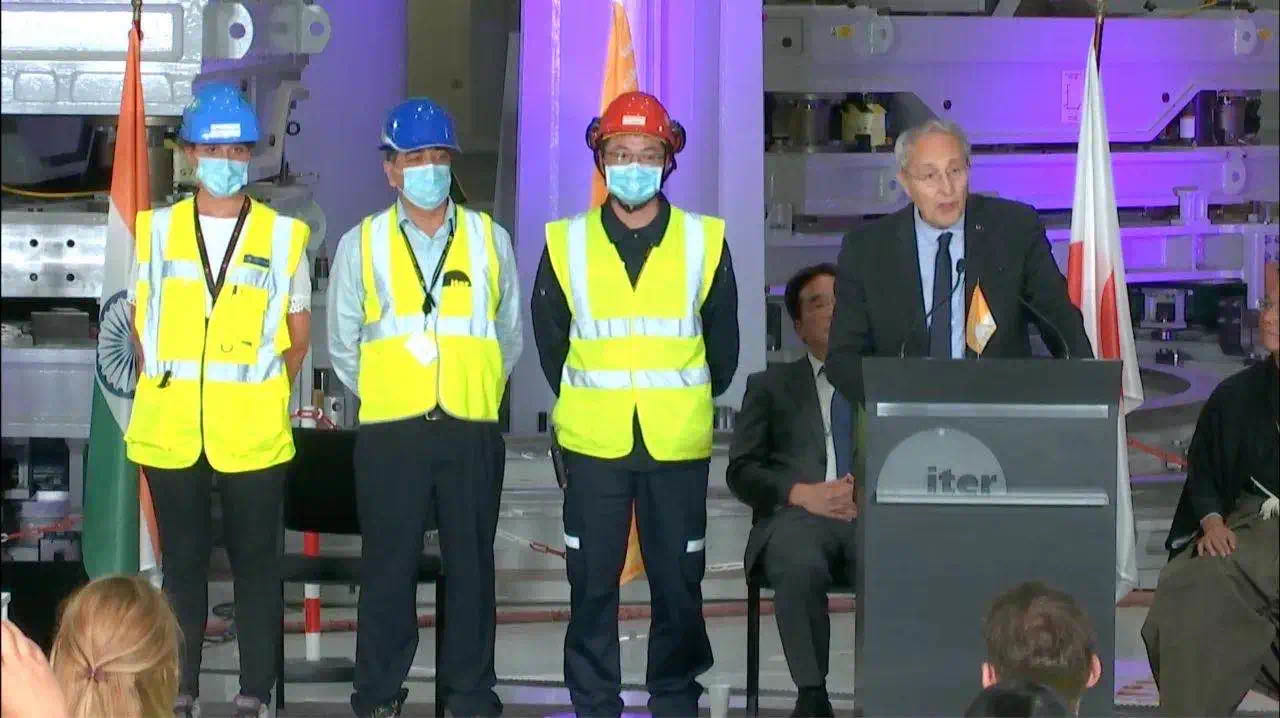 CNNC employees, representing the company's builders, were invited to the ceremony. (Photo: CNNC)

Considering the size, time and capital involved, no single country could realistically hope to construct an artificial sun all on its own.

Thus in 2006, China, the US, European Union, Russia, Japan, South Korea and India agreed to participate in the construction of the world’s largest Tokamak device in Provence: ITER.

“The US used to be the only country with qualified materials required by ITER to build the first wall,” says CNNC researcher Zhong Wulv.

“With over a decade of efforts, China’s first wall semi-prototype passed the enhanced heat flux test and was authenticated in 2016.”

Chinese R&D has overtaken the six other countries in both speed and quality, Zhong says, giving China more clout on the global stage regarding nuclear fusion.

A CNNC-led group won competitive bidding to assemble the ITER core device and on September 30, the Tokamak Assembly Contract 1 (TAC1) was signed in Beijing.

Despite COVID-19, the group has successfully kicked off assembly of the main device for the experimental reactor.