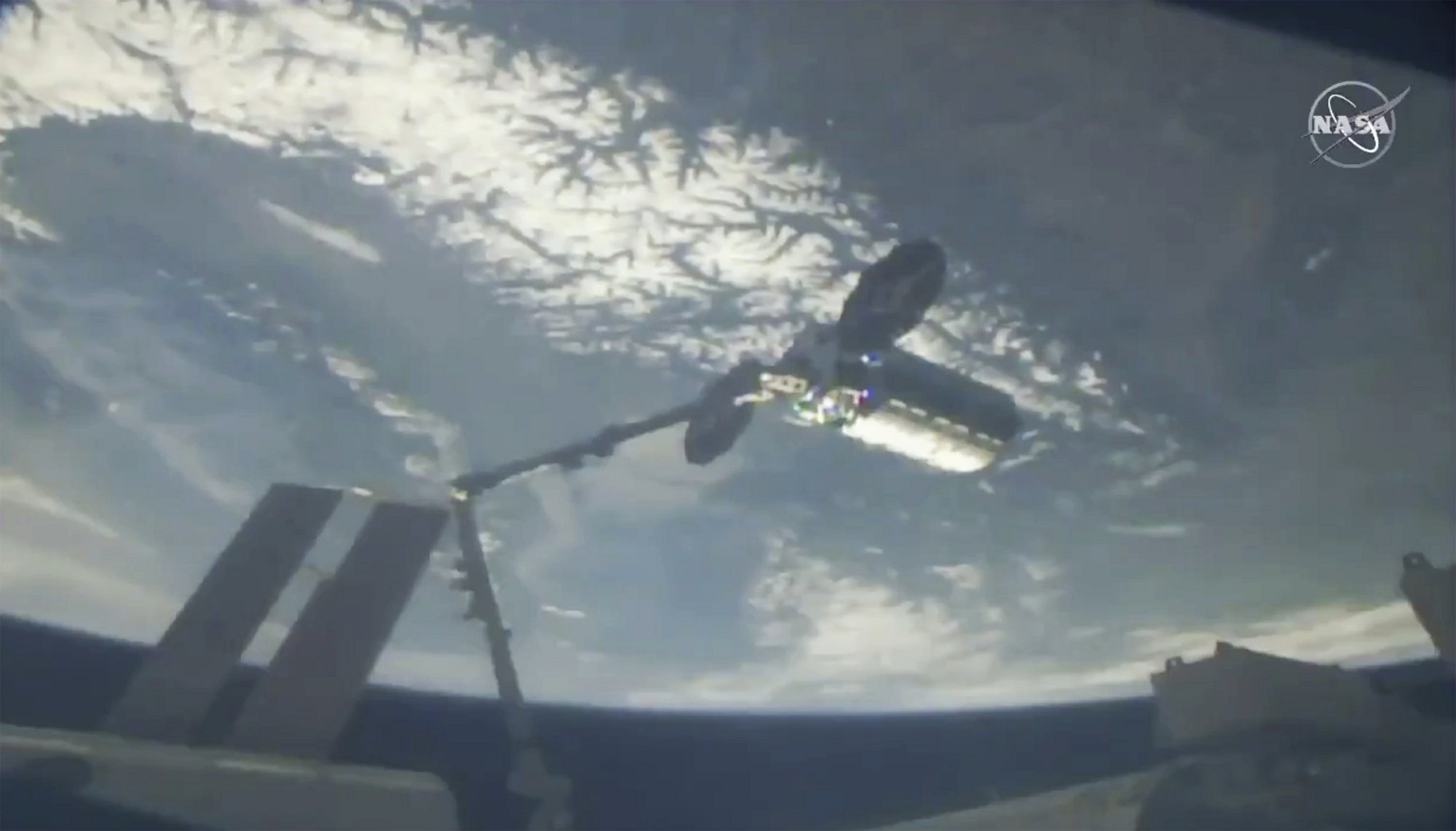 A private cargo ship brought the makings of an Easter feast to the International Space Station on Friday, along with mice and little flying robots.

The Cygnus and its 7,600-pound (3,450-kilogram) shipment rocketed from Wallops Island, Virginia, on Wednesday, completing the trip in a quick day and a half. It holds numerous science experiments, including 40 mice taking part in a tetanus vaccination study, and three boxy free-flying robots designed to assist astronauts inside and out.

Northrop Grumman named this Cygnus the S.S. Roger Chaffee after the youngest of the three astronauts who died in the Apollo 1 spacecraft fire in 1967. Chaffee was the only one on the crew who never made it to space.

“It’s great to have the S.S. Roger Chaffee officially on board,” McClain radioed. “We never forget that we stand on the shoulders of giants. Please know that every day we remember his sacrifice and that we will continue to honor his legacy by pursuing his passion for exploration. To the S.S. Roger Chaffee, welcome aboard.”

Two hours after its arrival, the capsule was anchored onto the space station by flight controllers working remotely from Houston. The Cygnus will remain there until July, when it is released with trash for a few months of solo orbiting in a test by Northrop Grumman. It ultimately will make a fiery re-entry.

Besides McClain, there are two other Americans living on the space station, as well as two Russians and one Canadian. They will receive another shipment in just over a week from NASA’s other commercial supplier, SpaceX.