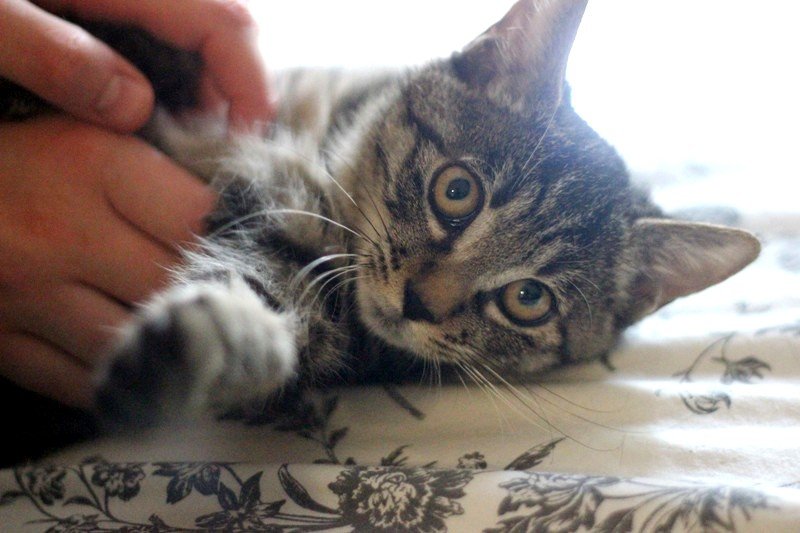 BEIJING, March 13 (Xinhua) -- A constant temperature of 27 degrees centigrade, a never-freezing water bowl, a comfy mat, and no dogs allowed.

At a neighborhood in Shunyi, Beijing, a stray cat purrs with contentment: food, water, shelter and love from an artificial intelligence (AI) engineer through the winter. This is "purrfection."

Wan Xi, an engineer at Baidu Brain, the open AI platform under China's Baidu search engine giant, had the idea of building a smart shelter for strays when he found a kitten huddled on his car tire in the winter of 2017.

Winter is rough for stray animals as they require extra calories to stay warm. Only around 40 percent of stray cats find enough food and shelter to make it through the harsh temperatures.

Although volunteers offer water, food and even heating pads to stray animals, Beijing's freezing winters can turn a bowl of water into ice before a stray cat can drink.

Now Chinese netizens have dubbed Wan Xi -- he doesn't give his real name -- "the most hardcore cat lover" for building the AI cat shelter.

The 165-cm-high wooden box is cozy with a small entry. Inside is a multi-level cat den with scratching post, plush resting places, dangling toys and hideaways.

The access control system features AI facial recognition technology. A smart high-definition camera on top can identify 174 kinds of cats and let them enter or exit as they want. It has night vision to let in any ginger toms or gray tabbies wandering when it's dark.

The camera can check cats for four common feline diseases like inflammation of mouth and gums, skin problems and trauma. It can identify a neutered cat by spotting its ear tag within 300 milliseconds.

Once a sick or unneutered cat is identified, volunteers get an alert on their cell phones and come to help.

The temperature inside the smart cattery is maintained at 27 degrees, the point at which cats feel most comfortable and relaxed.

It also has a ventilation system that monitors the air condition inside in real time.

Wan Xi said stray cats in the neighborhood were more nervous at first and just wandered around curiously. After one brave moggy made the first visit, others followed.

Stray cats are often emotionally sensitive, so the door will not close the minute a cat enters. The animal will have time to get used to the cattery without being jittery. Seven or eight cats come to rest in the shelter every day.

Wan Xi hopes more smart shelters will be deployed in the neighborhood.

The development of artificial intelligence is helping Beijing dogs too.

Xie Yinan, vice president of Megvii, told Xinhua, the company has built a dog noseprint database with 1 million images to train the machine learning model and the system is expected to help improve the stray dog problem in Beijing.

It is estimated that the population of stray animals in Beijing passed 1 million back in 2005. Homeless animals lead to public health problems, but poisoning and shooting them has sparked debate about humane animal control methods.

Everyone has their own way to communicate with the world, said Wan Xi. "I believe that technology can make the world a warmer and better place."