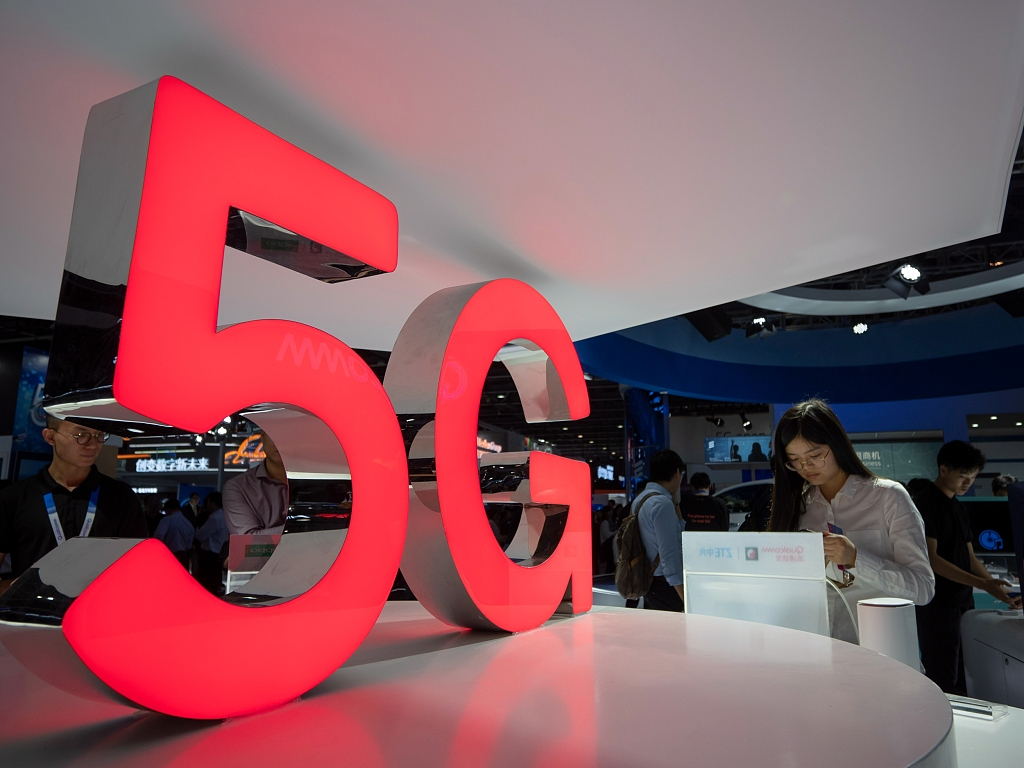 China's 5G commercial use is the natural result of a favorable domestic market, policy support and fast development in the area, an expert cited by China Newsweek on Friday said as the country granted commercial licenses for 5G last week.

Zhou Jian, director of the Center for Information Research and Promotion with the China Industrial Control Systems Cyber Emergency Response Team, said China has become a buyer's market compared to the past when it needed an exchange market for technologies. Market scale in terms of consumption and industry could also underpin rapid growth of technologies in emerging areas.

Last Thursday's issuance of 5G licenses to three network operators — China Telecom, China Mobile and China Unicom — and cable network company China Broadcasting Network has made the commercial use of the technology feasible at least half a year earlier, since the previous timetable given by the Ministry of Industry and Information Technology showed the earliest start time in 2020.

Zhou said the race to build 5G among world economies bracing for an information revolution spurs China's plan to shift to an earlier date, given progress the country has made in the field.

In Zhou's opinion, the world is in an information revolution, which could change the basic model of global economic and social development, shake up industries and redesign the current international landscape.

The development of 5G is expected to generate 10.6 trillion yuan ($1.53 trillion) in economic output and over 3 million jobs between 2020 and 2025, if the technology is put into commercial use in 2020, as a previous report by the China Academy of Information and Communications Technology forecast.

Nevertheless, concerns about the 5G construction costs still linger on.

China Newsweek cited data showing the three telecom carriers has spent at least 800 billion yuan in 4G network building by the end of 2017, and generally have not yet recovered the cost.

On the other hand, China Securities Co projected the number of 5G base stations will be twice as many as 4G's, and 5G's network investment could reach 1.23 trillion yuan, an increase of 68 percent from 4G.

Xiang Ligang, an observer of the Chinese telecommunication industry, told Newsweek he does not think cost will be big problem for operators.

"Operators are never at a loss — on the contrary, their revenue has been rising as they provide valuable services. So 5G will definitely bring them more advantage to expand financially and increase market share."

Data from the MIIT revealed operating revenue of the communication industry was 514.5 billion yuan, to which telecom services contributed 446.3 billion, a year-on-year increase of 0.7 percent.

Currently, no charging plan has been announced for 5G consumers, but several industry insiders said to China Newsweek 5G will be more affordable than 4G because 5G's application will improve efficiency through increased service frequencies.

Practices from 2G to 4G also prove the more advanced the technology is, the lower the charges for consumers, they added.