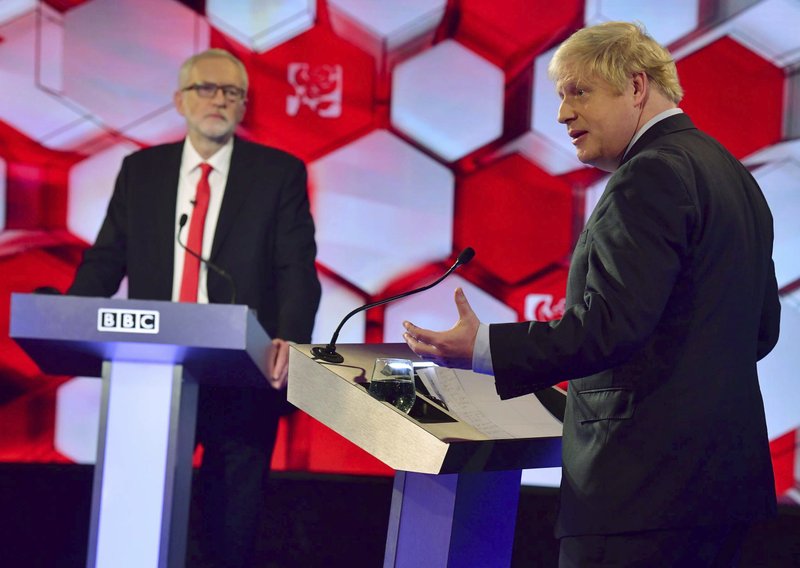 Reddit said in a statement that it has banned 61 accounts suspected of violating policies against vote manipulation. It said the suspect accounts shared the same pattern of activity as a Russian interference operation dubbed “Secondary Infektion” that was uncovered earlier this year.

Reddit investigated the leak after the documents became public during the campaign for Thursday’s election, which will determine the country’s future relationship with the European Union. All 650 seats in the House of Commons are up for grabs.

Reddit said it believed the documents were leaked as “part of a campaign that has been reported as originating from Russia.”

“We were able to confirm that they did indeed show a pattern of coordination,″ Reddit said.

The British government has not challenged the authenticity of the documents.

Britain’s main opposition party has argued the documents prove that Prime Minister Boris Johnson’s Conservative Party is seeking a deal with the United States after Brexit that would drive up the cost of drugs and imperil the state-funded National Health Service. The issue has been a central election theme, largely because the country deeply cherishes the health service, which has suffered under years of austerity.

Opposition Labour Party leader Jeremy Corbyn said the 451 pages of documents, which covered six rounds of preliminary talks between US and UK negotiators, proved that Johnson was planning to put the NHS “up for sale” in trade talks. Johnson — who was not prime minister for most of the two-year period when the trade talks took place — has rejected Corbyn’s analysis.

Britain is currently scheduled to leave the 28-nation EU on Jan. 31.

When asked about Reddit’s actions while on a campaign stop in Wales, Corbyn suggested the news was an “advanced stage of rather belated conspiracy theories by the prime minister.″

”When we released the documents, at no stage did the prime minister or anybody deny that those documents were real, deny the arguments that we put forward. And if there has been no discussion with the USA about access to our health markets, if all that is wrong, how come after a week they still haven’t said that?” he said.

Culture Secretary Nicky Morgan told the BBC that the government is “looking for and monitoring” anything that might suggest interference in the British election.

“From what was being put on that (Reddit) website, those who seem to know about these things say that it seems to have all the hallmarks of some form of interference,″ Morgan said. “And if that is the case, that obviously is extremely serious.″

The spectre that Russia has meddled in Britain’s electoral process has been raised before. Critics are also questioning the British government’s failure to release a Parliament intelligence committee report on previous Russian interference in the country’s politics. They say it should have been made public before Thursday’s vote.

The Times of London reported, without saying how it got the information, that the intelligence report concluded that Russian interference may have affected the 2016 referendum on Britain’s departure from the EU, though the impact is “unquantifiable.”

The committee said British intelligence services failed to devote enough resources to countering the threat and highlighted the impact of articles posted by Russian news sites that were widely disseminated on social media, the newspaper reported.

“All of us should be concerned if a foreign country is trying to interfere in our democracy,″ she said.

“And that is why it is so appalling that the prime minister is sitting on a report that was written weeks before the general election, that the Security Committee say should be published, into interference in UK democracy by foreign countries like Russia.”