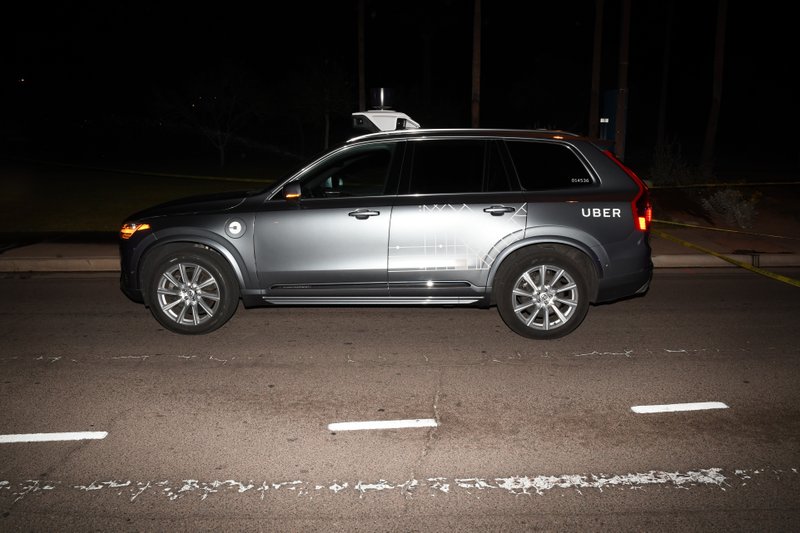 Documents released this week by a federal agency raise questions about whether a self-driving Uber SUV that ran down a pedestrian last year should have been allowed on public roads for test purposes.

A National Transportation Safety Board report on the March 18, 2018 crash in Tempe, Arizona, that killed Elaine Herzberg, 49, found that the Uber self-driving system couldn’t determine if she was pedestrian, vehicle or bicycle. It also could not predict that she was jaywalking in the path of the moving SUV.

“The system design did not include a consideration for jaywalking pedestrians,” the agency said in its report, released ahead of a Nov. 19 board meeting to determine the cause of the Tempe crash.

That, and the fact that Uber disconnected braking systems and relied on the human safety driver to stop the SUV in an emergency, shows that the Uber system wasn’t ready to be tested on public roads, experts say. Some say that stronger standards or more government regulation are needed to set standards before testing is allowed.

“These have to be much better than that before they can go out there (on public roads),” said Alain Kornhauser, chair of autonomous vehicle engineering at Princeton University. “If you can’t do better than that, stay on your test tracks. Don’t come out in public.”

“We hope Uber has cleaned up its act, but without mandatory standards for self-driving cars, there will always be companies out there that skimp on safety,” Ethan Douglas, senior policy analyst for the magazine and website, said in a statement. “We need smart, strong safety rules in place for self-driving cars to reach their life-saving potential.”

The NTSB will determine the cause of the crash and make recommendations for avoiding future incidents, but the agency can only make recommendations. The National Highway Traffic Safety Administration, federal lawmakers and states have authority to impose regulations.

In a statement, Uber said it regrets the crash that killed Herzberg, and it has adopted improvements that make safety a priority.

“We deeply value the thoroughness of the NTSB’s investigation into the crash and look forward to reviewing their recommendations once issued after the NTSB’s board meeting later this month,” the company said. It has resumed testing with two safety drivers on city streets in Pittsburgh.

“Clearly there was a technological failure in the sense that this was not a mature system,” he said. “The response to ‘I don’t know what is in front of me’ should absolutely be slow down rather than do nothing.”

Currently there are no federal requirements for autonomous vehicles to be tested on public roads, and NHTSA has taken a more voluntary approach so it doesn’t slow the technology and limit its life-saving potential, Smith said. Bills regulating the tests haven’t moved in Congress, but some states have their own regulations, he said.

Smith, though, said he favors making companies explain exactly what they’ll be testing and how they’ll do it safely before they’re allowed to test on city streets.

“They should publicly say this is what we’re doing, this is why we think it’s reasonably safe and this is why you can trust us,” he said. “If a company so abuses the public trust that they put an immature technology on the road with an immature system, there should be real consequences when people are injured.”