Technology has always been a big part of Davos meetings, and this year is no exception.

At the forum, panel discussions run the gamut of almost all advanced technologies of today"s world: from artificial intelligence (AI) to virtual reality (VR) to the Internet of Things (IoT). There is also an exhibition area for curious participants to check out between panels. 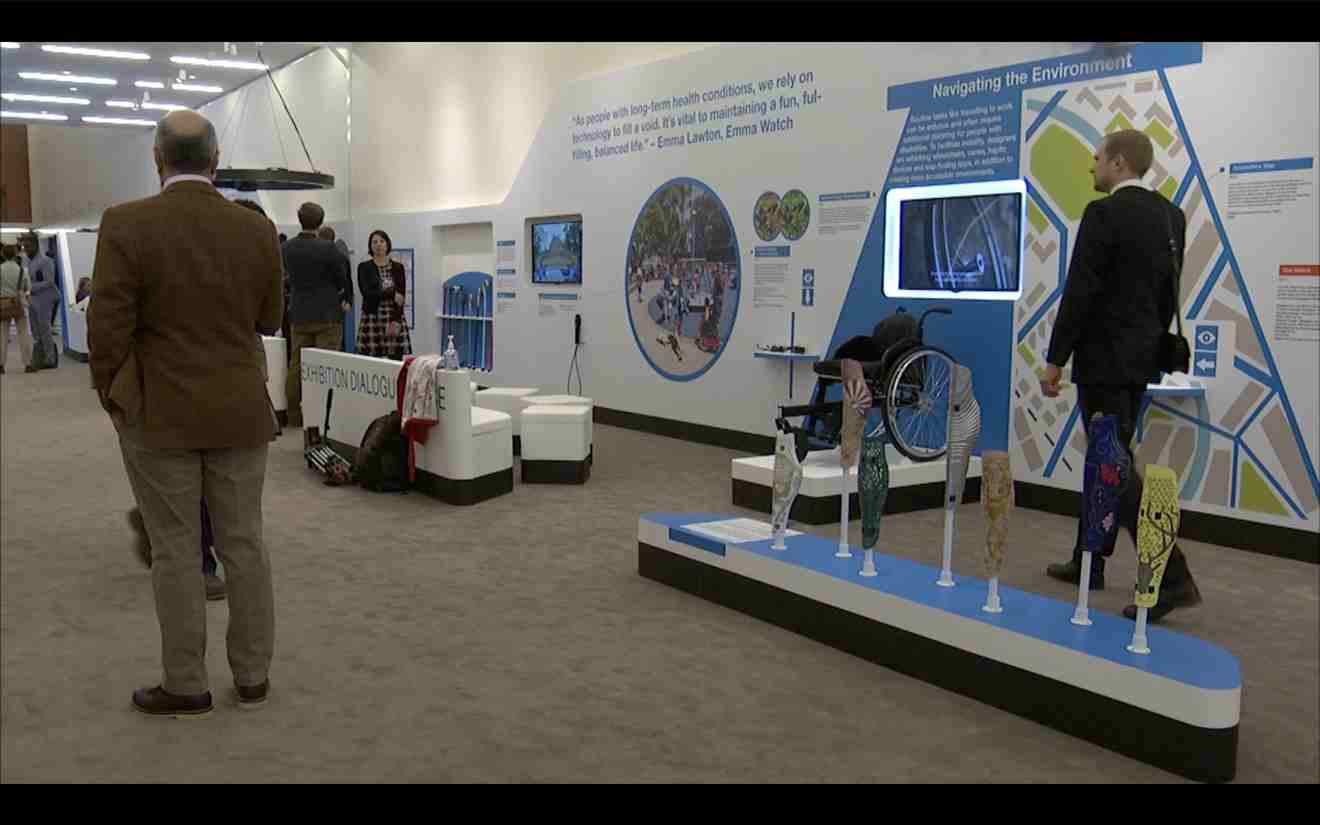 Some of the high-tech exhibitions at the Congress Center, Davos, Switzerland. (Photo: CGTN)

However, this year, we have noticed a sense of concern and unease at many of the tech talks at the forum.

Some say that it might be the economic gloom spilling over to the tech sector. Participants here are seriously rethinking the relationship between public welfare and the rapidly advancing technological capabilities of the human race.

Experts say that public frustration over globalization has led to the surge of populism and nationalism, especially in several Western countries.

Of course, many here believe that events such as the China-U.S. trade war and Brexit are in fact a backlash, by those who did not benefit from the last round of high-tech driven global economic expansion. That, in turn, has worked to hinder the spread of new technologies today.

In a panel on the digital economy, the deputy chairman of Huawei, Ken Hu, talked about the promotion of 5G infrastructure worldwide.

However, this topic has been in focus for another reason, as Huawei, being one of the leading forces in 5G, is facing rising uncertainties from policymakers in the overseas market.

Some Chinese analysts attribute that partly to rising protectionist sentiments worldwide, as obstacles from several Western countries against Huawei increase.

Some are even concerned about the lifeline of China"s 5G industry, as the nation imports 90 percent of its semiconductors, a commodity that has long been dominated by the United States.

In a recent interview, Huawei founder Ren Zhengfei urged the U.S. to focus on cooperation because "no one country is expected to innovate a new technology independently." In a globalized world, this message goes both ways. 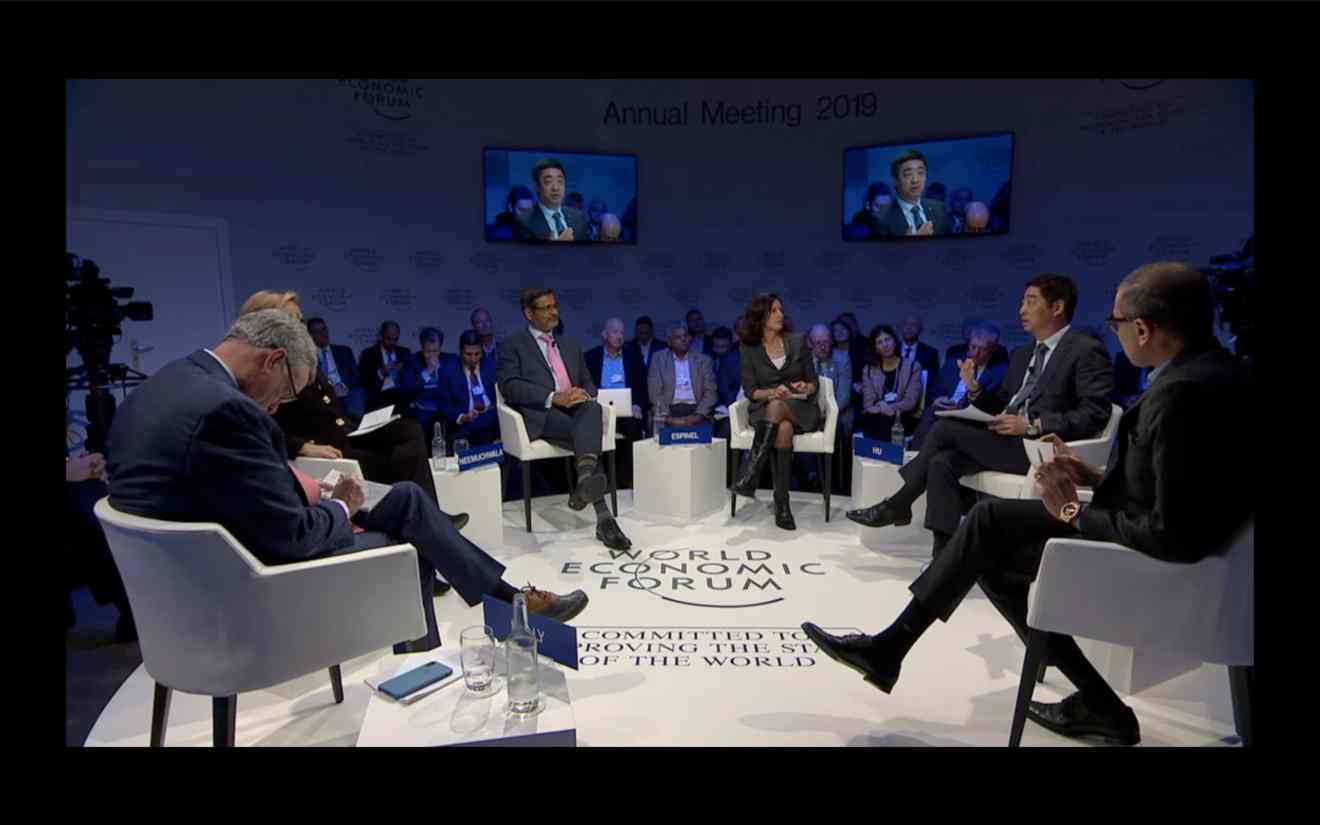 A session on the digital economy at the WEF, Davos, Switzerland. (Photo: WEF)

In Davos, there is also unease toward technology"s potential to fundamentally disrupt socio-economic systems.

Every month, 10 million young people reach working age, ready to begin productive lives. But now things are different. More than 40 percent of the core skills required to perform most roles will change in the next five years because of technological upgrades.

A study by the WEF shows that seven million employees, including ordinary white-collar workers and blue-collar workers, will be replaced by machines by 2020 and the "victims" of the tech-driven economy will continue to expand.

Experts believe the future workplace will require employees to be constantly learning. A so-called "learning contract" will become more popular, a promise the company made to support employees" continued education.

What"s more, improvements in Internet speed, VR, IoT technologies will also make it far easier for employees to collaborate even at a distance. Some say this will promote globalization as it dismantles geographical barriers for companies.

While these developments might sound cool, it is expected to have a substantial amount of people who would feel uncomfortable about it.

A BCG consultant I interviewed in Davos said he expects that the transition "pain" through to a new workplace reality would take only about five to six years and then it will even out.

However, others are more skeptical, especially when it comes to blue-collar workers being replaced by AI automation. Therefore, this is more than a company management problem, it is a substantial challenge that some say government labor departments should tackle.

Klaus Schwab, the executive chairman of the WEF, explained one of the motives of globalization 4.0: We have to look after the losers, those that were left behind.