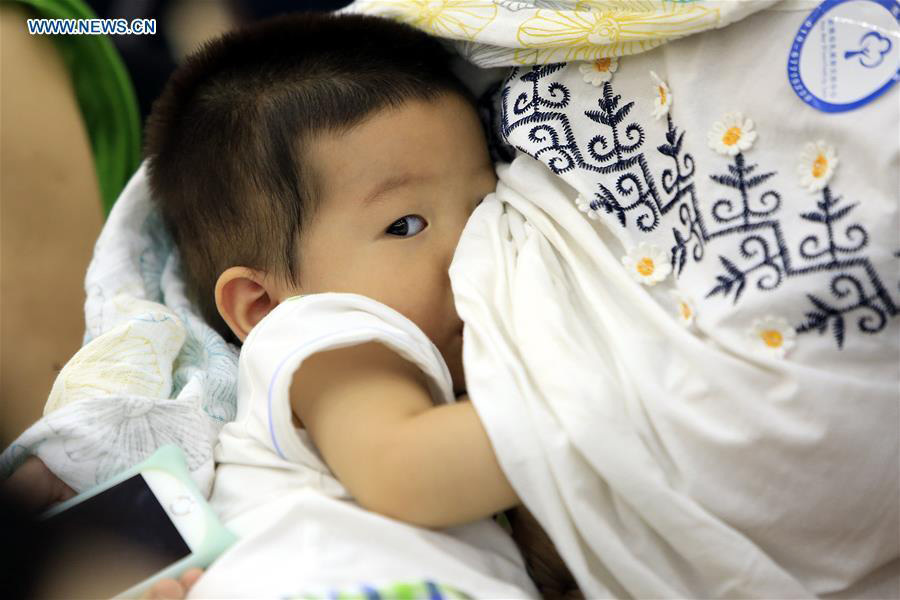 The first multi-center research project to focus on active functional nutrients in Chinese mothers' breast milk and umbilical cord blood was recently completed ahead of National Breastfeeding Awareness Day on May 20.

The main findings of this project include the following: the amount of RRR-alpha-tocopherol, a natural form of vitamin E, accounts for more than 75 percent of the total alpha-tocopherol in breast milk and umbilical cord blood; Xanthophyll is of the highest amount compared with any other carotenoid to promote fetuses' and infants' visual development.

The research – whose results were published on Monday - was jointly conducted by Abbott, a United States-based healthcare company, and the Chinese Nutrition Society (CNS). Six universities had also participated in the project since 2017. More than 1,200 Chinese mothers were recruited and a database was established by collecting over 3,000 samples of umbilical cord blood, colostrum, transitional milk and mature milk.

The project was aimed at understanding the molecular and spatial structure, amount, proportion, bioavailability and absorption mechanism of functional nutrients in breast milk that spans up to 400 days after lactation starts.

Cai Meiqin, a professor from the department of nutrition at Shanghai Jiao Tong University School of Medicine, explained that compared with artificial alpha-tocopherol, RRR-alpha-tocopherol is more active by 35 percent and can resist the oxidation of other nutrients.

The research also found that Chinese mothers' breast milk contains a high volume of a natural form of prebiotics, which can enhance antibody levels and largely reduce disease invasion.

"The nutrients in breast milk could vary when ethnicity, living habits and personal nutrition levels are taken into account, since Chinese mothers live in a vast territory," said Yang Yuexin, director-general of CNS.

"This multi-center research has given us in-depth knowledge of breast milk and provided empirical support for further research into infants' nutritional demands at their earliest stage of life," she said.