Rice terraces in Yunnan achieve harmony between nature and humans 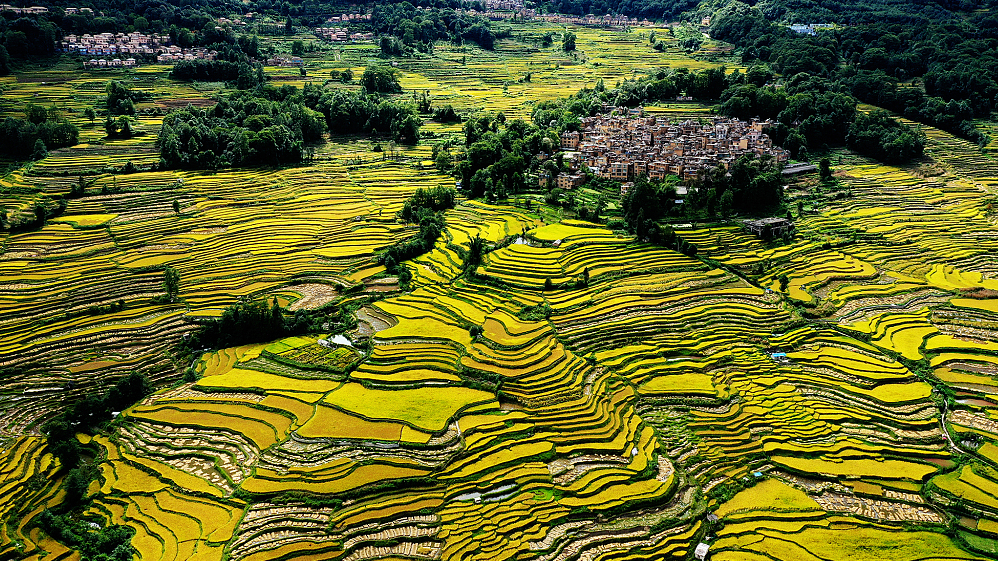 The Hani, an ethnic minority group inhabiting southwest China's Yunnan Province, has been cultivating the Hani Rice Terraces for generations, working a miracle in striking a balance in development between man and nature, and manifesting the biodiversity of China from a different angle.

The distribution of the Hani Rice Terraces extends from the foots to the tops of surrounding mountains at an altitude of more than 2,000 meters, with the number of terrace tiers reaching more than 3,700, which makes it a masterpiece of harmony between man and nature.

Under the rolling sea of clouds, the sinuous boundaries of these rice terraces look like supernatural carvings on the Earth, which deserve to be a feast for the eyes.

The Hani-inhabited area, located on the southern banks of the Hong River that begins in Yunnan Province, features mountains and river valleys, with a unique vertical climate. It is one of the areas with the most rainfall in the province.

The ancestors of the Hani ethnic group had gratitude and respect for nature, building their homes, reclaiming terraced fields and cultivating paddy rice among the majestic mountains.

To this day, the group still abides by every convention related to terraces. They do not fell the trees higher than the terrains of villages, with the water storage function of mountains and forests fully realized.

The people there only grow crops once a year on terraces, which allows these terraces to have a sufficient cultivation period to restore soil fertility.

On this piece of fertile farmland, the lifeblood of man, terraces, water, mountains, soil and forests are closely tied with one another.

As an ecological farming system that has lasted over 1,300 years, the Hani Rice Terraces are a miracle of ecological civilization jointly developed by the Hani, Yi, Dai, Zhuang, Miao, Yao, Han and other ethnic groups in Yunnan Province in harmony with nature.