By Xie Chuanjiao in Qingdao | chinadaily.com.cn 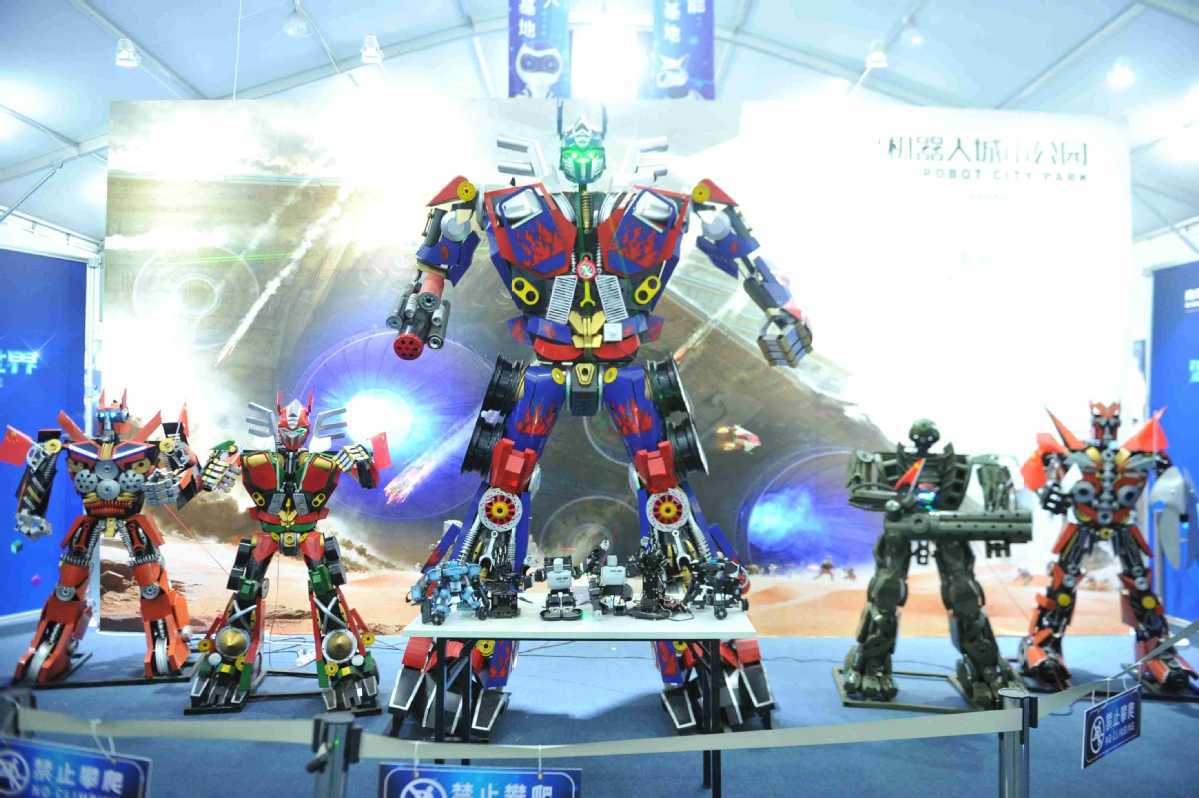 Various kinds of robots are displayed at a robot-themed park during the ongoing 30th Qingdao International Beer Festival on Tuesday. [Photo by Yu Fangping/for chinadaily.com.cn]

A robot-themed park in Qingdao, Shandong province, attracted a host of tourists during the ongoing 30th Qingdao International Beer Festival.

It offered visitors a chance to see various kinds of robots, interact with them and learn more about robotics.

Looking like a "kingdom of robots", Qingdao Robot City Park covers an area of 1,200 square meters and is located in Golden Beach Beer City in Qingdao West Coast New Area.