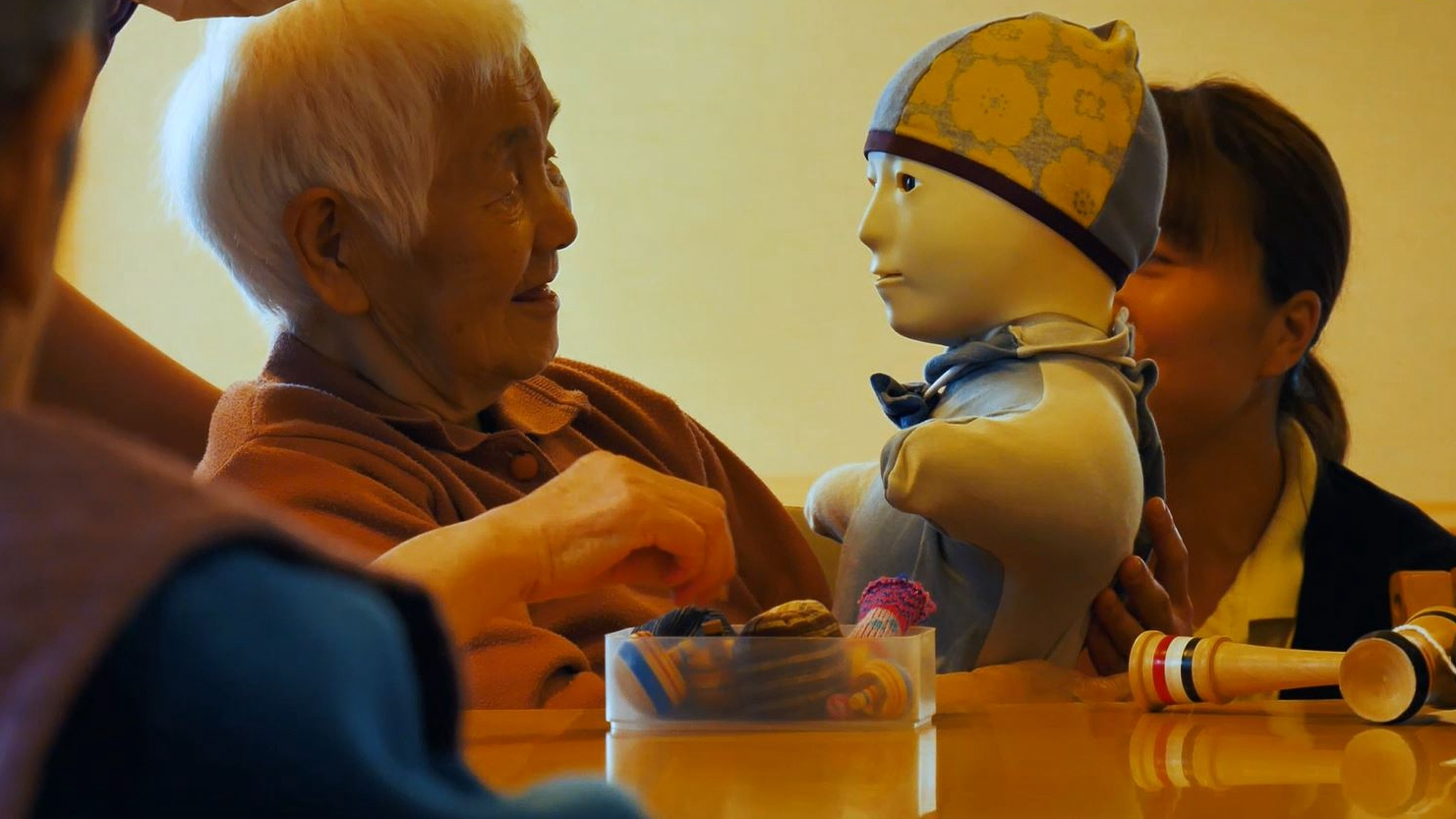 One rainy day, residents at the Urayasu elderly nursing home in Sendai were hanging out in the communal hall as usual before a special companion was brought into the room.

It is a humanoid robot called Telenoid. It has the body size of a small child, an expressionless silicone face and nubs for hands and feet wrapped in soft fabric.

"Grandma!" It said to one of the residents in a robotic baby voice, as a nurse held it closer. Delighted residents took turns to pet and hug the doll-like robot on their laps, as if it were a real child. Meters away, two nurses giggled as they clicked on a computer screen to direct its next move.

Telenoid cannot speak on its own. It is in fact controlled by nursing home staff, who communicate with the seniors remotely through it using a microphone and camera. It then mimics the user's speech with a few movements.

Developed by Professor Hiroshi Ishiguro at Osaka University, Telenoid is the product of a growing robotic industry in Japan specializing in elderly care. At the request of the Miyagi Prefecture government, Urayasu was among the first facilities to test them out.

Standing half-a-meter tall and weighing 2.7 kilograms, Telenoid was designed to appear and behave as a minimalistic human. The small and soft body makes it more pleasant to hug, according to the description on the developer's website.

With an Internet connection, the robot can be operated from anywhere. The developer aims to allow people to feel "as if an acquaintance in the distance is next to you," according to the description.

Despite first impressions, Telenoid's minimal appearance is specially designed to help patients with dementia project their feelings toward someone familiar onto the robot. It also helps family and care home staff monitor and communicate with the elders when they are not able to be present.

In an aging society like Japan, every little feature to improve user experience counts in an industry where, as much as the human touch is needed, human resources are lacking.

Japan has been struggling to look after its swelling senior population. In 2016, the country introduced a nursing care visa to recruit foreign workers. But as of the end of 2017, the measure brought in only 18 care workers from overseas.

"In Japan, the elderly population is rapidly increasing while the birth rate is falling," said Sasaki, who has been working in the senior care industry for 33 years. The 55-year-old believes more advanced robots and Artificial Intelligence products will be rolled out in the future to help people in their old age.

Japan now leads the world in robotics for elderly care, with Japanese manufacturers making up the bulk of global market for nursing care and aid robots.

Reuters reported last year that the Japanese government has been funding development of elder care robots to help fill a projected shortfall of 380,000 specialized workers by 2025.

Sasaki, who currently oversees of the welfare of 132 elders, welcomed the development. "The ways of working are really changing," she said. "I look forward to trying new techniques to help the elderly."

A survey conducted by a Tokyo-based senior care provider in 2018 found that more than 80 percent of respondents held a positive attitude toward the use of robots in nursing care.