The rocket to lift Chang'e 5, the latest mission in China's lunar exploration program, was moved to its launch pad in the Wenchang Space Launch Center in Hainan province on Tuesday morning, according to the China National Space Administration. 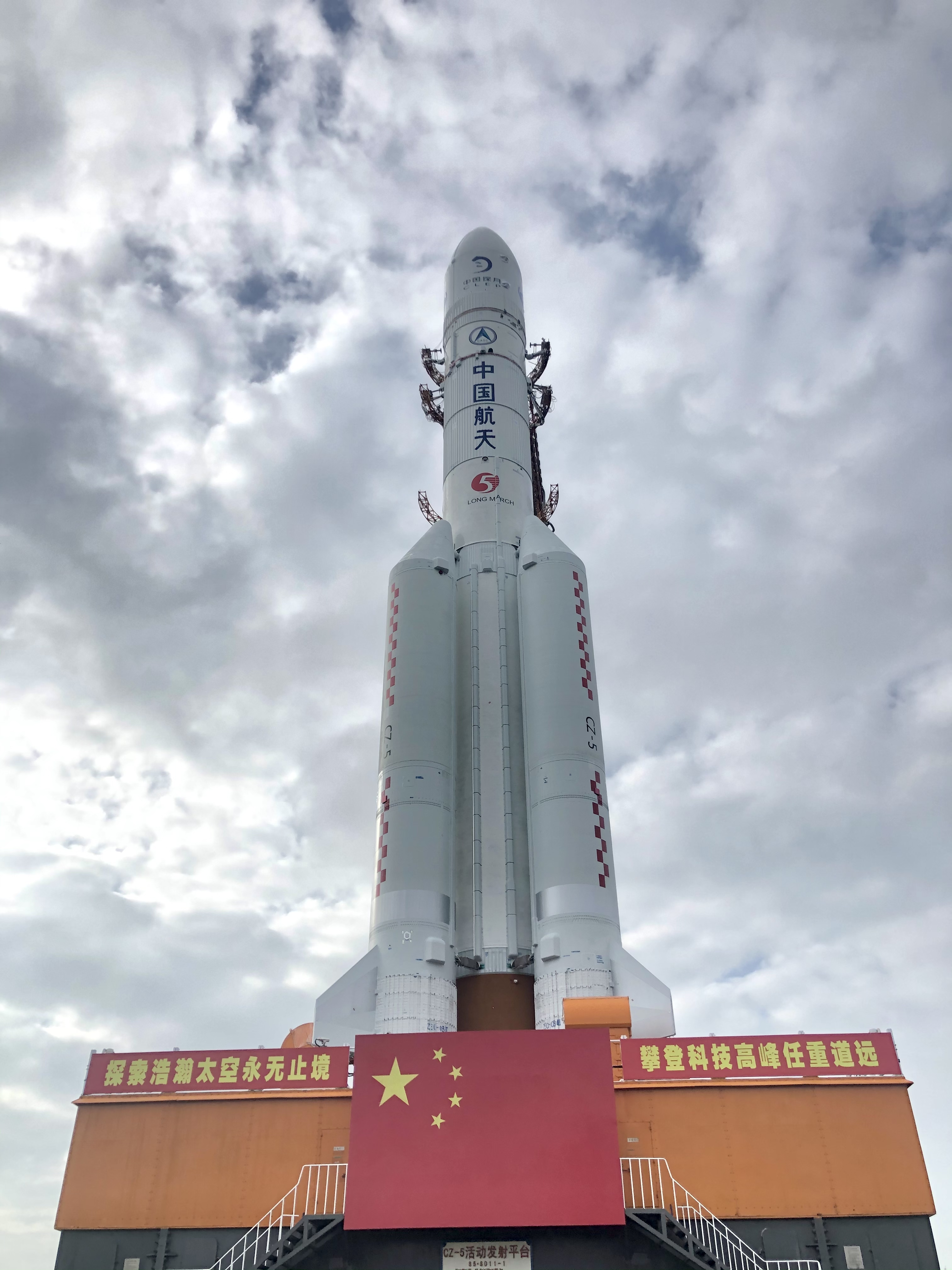 The rocket to lift Chang'e 5, the latest mission in China's lunar exploration program, is moved to its launch pad in the Wenchang Space Launch Center in Hainan province on Nov 17, 2020. (Photo: China Daily)

The 57-meter Long March 5 heavy-lift carrier rocket, which weighs about 870 metric tons, was vertically placed on a mobile platform that moved about two hours before transporting the gigantic rocket to a coastal launch pad, the administration said in a statement.

The launch has been scheduled to take place before the end of this month, it noted.

The rocket was transported to a port in Wenchang by ships in late September and was then carried by special trucks to the launch center.

Over the past two months, it was assembled and examined at the center, the administration said, adding that when final checks are done, propellants will be pumped into it.

The sixth mission in the Chang'e program, Chang'e 5 will be one of the most difficult and challenging endeavors China has ever embarked on and will become the world's first space operation in more than four decades to bring lunar samples back the Earth.

Its findings will facilitate scientists' research on the moon's origin and evolution, according to the administration.

The lander and ascender will make a soft landing and then get to work on such tasks as using a drill to collect underground rocks and a mechanical arm to gather surface soil.

After the surface operations are done, the ascender's rocket will elevate it to lunar orbit to dock with the re-entry module. It will transfer lunar samples to the module, which will carry them back to Earth.

Considering these highly sophisticated operations, Chang'e 5 will be more difficult and challenging than previous Chinese lunar expeditions, designers have said.

If the Chang'e 5 mission becomes successful, it will make China the third nation in the world to bring lunar samples back after the United States and Russia, and will also make Chang'e 5 the world's first lunar sample-return mission since August 1976 when the former Soviet Union's unmanned Luna-24 brought 170.1 grams of lunar samples to the Earth.

In January 2004, the central government approved the lunar exploration program's plan and officially opened its research and development work.

The first Chang'e probe was launched in October 2007. Since then, China has launched four lunar probes, with the third being the first Chinese spacecraft to soft-land on the moon's surface.

The latest and most remarkable, the ongoing Chang'e 4 mission, is the first endeavor by any nation to conduct surface observation of the moon's far side, which never faces Earth, thereby accomplishing a goal sought by scientists for decades.