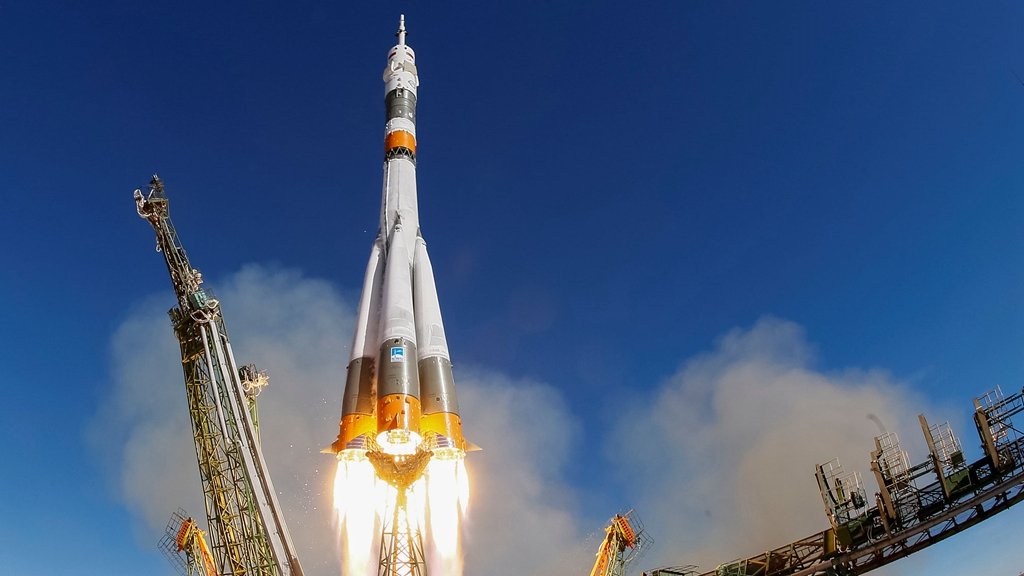 "The docking has taken place," said the Mission Control Center.

The docking of the Soyuz MS-14 spacecraft with a humanoid robot took place several minutes ahead of schedule, it said.

Meant to be tested for capacities to perform hazardous tasks onboard the ISS, the robot will stay in orbit until early September, according to the Russian State Space Corporation Roscosmos.

The Soyuz MS-14 spacecraft was launched successfully on Thursday, carrying 670 kg of dry cargo including "scientific and medical equipment, components for the life-support system, as well as containers with food, medicines and personal hygiene products for crew members," Roscosmos said.

The docking was rescheduled after a failed attempt early on Saturday.

During the first docking attempt on Saturday, a fault occurred in the ISS equipment responsible for the safe approach and airlocking, making the Mission Control Center decide to withdraw the spacecraft to a safe distance to ensure the safety of the crew and the station.

Roscosmos' head Dmitry Rogozin told reporters on Tuesday the ISS docking system that malfunctioned on Saturday will be repaired before the next manned flight to the ISS, which was scheduled for Sept. 25.

"We have the whole kit on board," Rogozin said.

He also said that the docking equipment was not made in Russia and had been used for 10 years before Saturday's incident.