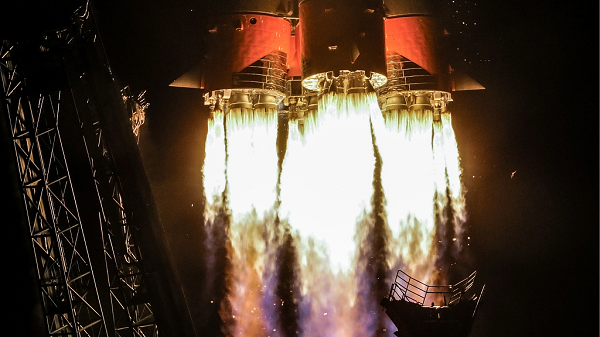 The Soyuz-FG rocket blasted off from the Baikonur Cosmodrome in Kazakhstan at 19:28 Moscow time (16:28 GMT), Roscosmos said in a press release.

At 19:37 Moscow time (16:37 GMT), the spacecraft detached from the third launch vehicle stage and continued its autonomous flight to the ISS under the guidance of specialists from the Russian Mission Control Center.

The new expedition will join Roscosmos astronaut Alexei Ovchinin, and NASA astronauts Nick Hague and Christina Koch on the ISS.

The space launch was conducted on the 50th anniversary of the moon landing of the U.S. Apollo 11 spacecraft.

Commander Neil Armstrong descended a ladder onto the lunar surface and became the first man to complete what he famously described as "one small step for man, one giant leap for mankind."