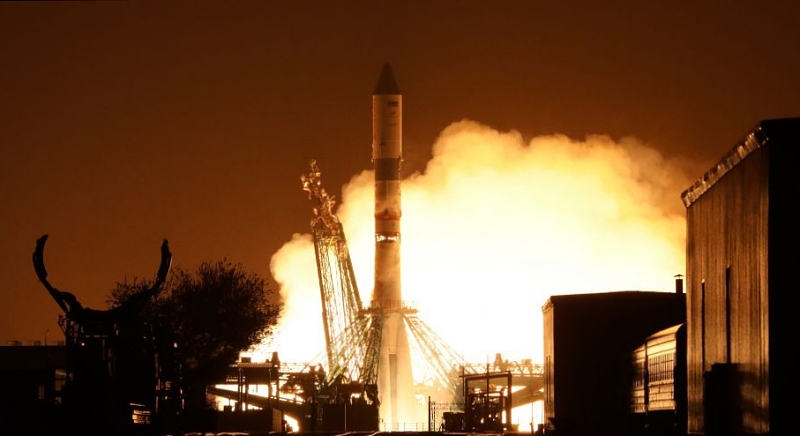 The Soyuz 2.1a rocket booster carrying the Progress MS-21 spacecraft blasts off a launch pad at the Baikonur Cosmodrome, Kazakhstan, October 26, 2022. (Photo: CFP)

The docking process was supervised from the ground by specialists from the Mission Control Center, and also by the ISS crew, including cosmonauts Sergey Prokopyev, Dmitry Petelin and Anna Kikina, Russia's state media TASS reported.

A Soyuz-2.1a rocket lifted off from the Baikonur Cosmodrome on Wednesday, sending the Progress MS-21 spacecraft into space. The flight to the ISS took two days.