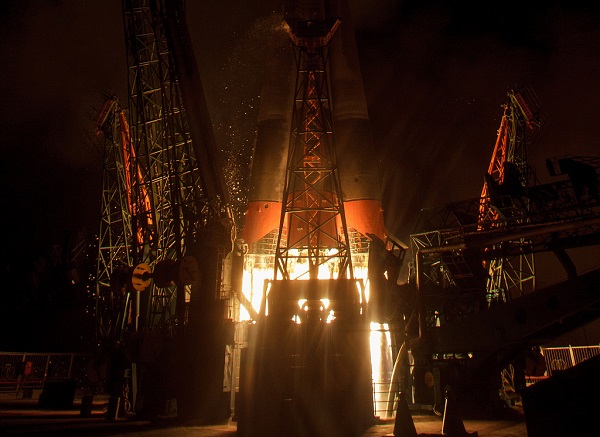 The Soyuz MS-12 spacecraft is launched with Expedition 59 crewmembers Nick Hague and Christina Koch of NASA, along with Alexey Ovchinin of Roscosmos, on March 15, 2019, Kazakh time at the Baikonur Cosmodrome in Kazakhstan. (Photo: VCG)

Soyuz-FG rocket blasted off from the Baikonur Cosmodrome in Kazakhstan at 22:14 Moscow time (1914 GMT), Roscosmos said in a press release.

At 22:23 Moscow time (1923 GMT), the spacecraft detached from the third launch vehicle stage and continued its autonomous flight to the ISS under the guidance of specialists from the Russian Mission Control Center.