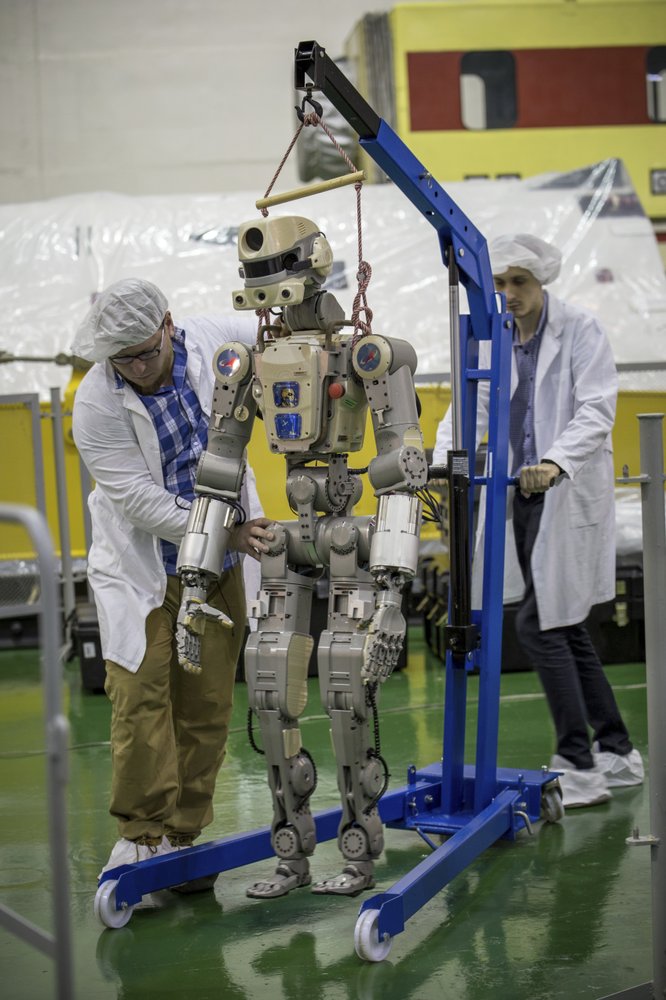 In this photo taken on Friday, July 26, 2019, and distributed by Roscosmos Space Agency Press Service, the Fedor robot is displayed before being loaded into a Soyuz capsule that was launched Thursday Aug. 22, 2019. (Photo: AP)

A Russian space capsule carrying a humanoid robot has failed to dock as planned with the International Space Station.

A statement from the Russian space agency Roscosmos said the failure on Saturday was because of problems in the docking system. It said the space station itself and the six-person crew are safe.

Roscosmos head Dmitry Rogozin said on Twitter that a new docking attempt would be made on Tuesday.

The capsule was launched Thursday as part of tests of a new rocket that is expected to replace the Soyuz-FG next year.