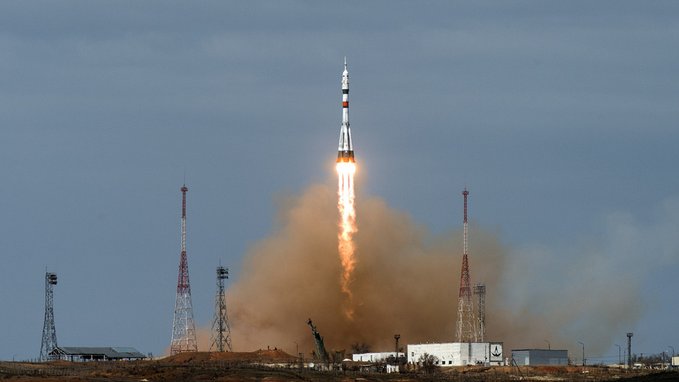 A Russian cargo capsule with 2.5 tons of supplies docked with the International Space Station (ISS) on Saturday after the fastest such trip yet from earth, the national space agency Roscosmos said.

The Progress capsule was launched atop a giant Soyuz rocket from the Baikonur Cosmodrome in Kazakhstan, reaching the space station in just three hours and 20 minutes, making it "the fastest spacecraft in the history of flights to the ISS," Roscosmos said.

The Progress, which docked with the ISS automatically, was carrying fuel, water scientific equipment, food, clothes and medicines.

Roscosmos said the mission was dedicated to the 75th anniversary of the defeat of Nazi forces, which Russia usually marks with great fanfare and a massive military parade in Moscow.

However this year's May 9 events have been drastically cut back because of the coronavirus pandemic.

The ISS is now a rare example of cooperation between Russia and the West. It has been orbiting Earth at about 28,000 kilometres (17,000 miles) per hour since 1998.