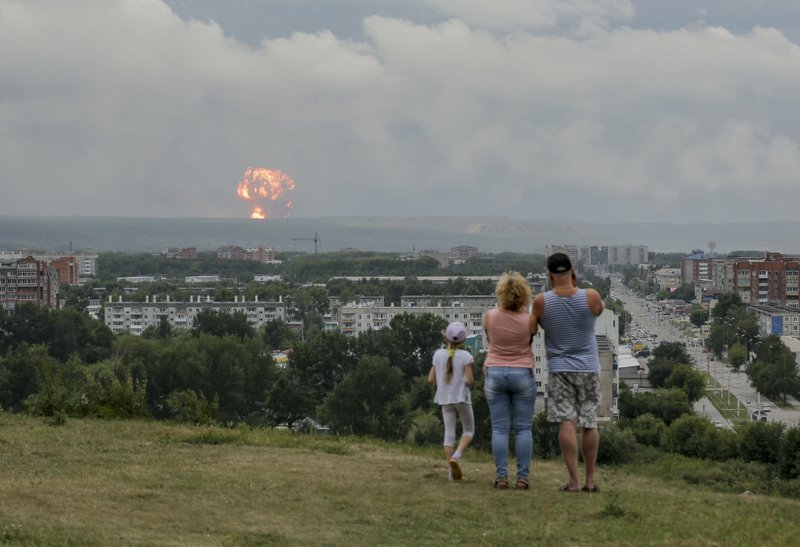 Russia's Defense Ministry said two people died and four others were wounded when a rocket engine exploded during a test.

The ministry said the explosion occurred at a military shooting range in the northwestern Arkhangelsk region, causing a fire. It said a total of six servicemen and civilian engineers were injured, and two of them later died of injuries.

The ministry said there was no release of radioactivity or any toxic substances.

The explosion followed a massive fire that erupted Monday at a military ammunition depot near Achinsk in eastern Siberia's Krasnoyarsk region. The blaze triggered powerful explosions that continued for about 16 hours, killing one person, injuring another 13 and forcing over 16,500 people to flee their homes.