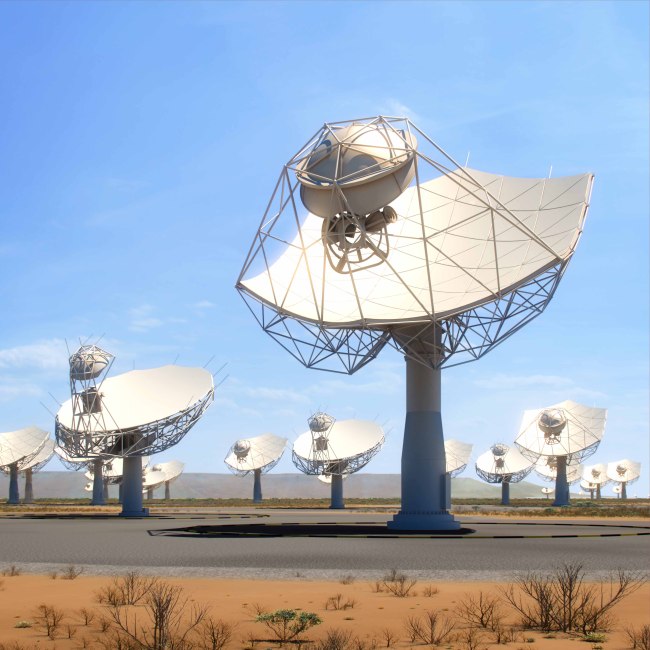 Six other countries, including Australia, China, Italy, the Netherlands, Portugal and the United Kingdom, also signed the treaty, concluding four years of negotiations by government representatives and international lawyers, and kicking off the legislative process in each of the signatory countries.

India and Sweden, who also took part in the multilateral negotiations, now have one year to sign the treaty, according to the DST.

These nine countries will then form the founding members of the new intergovernmental organization.

The treaty establishes the SKAO as only the second intergovernmental organization dedicated to astronomy in the world, after the European Southern Observatory, and will ensure strong governance of the Square Kilometer Array (SKA) project.

The treaty will come into force once it has been ratified by the legislatures of five signatory countries, including all three SKA hosts (South Africa, Australia and the United Kingdom).

In 2012, following a nine-year bidding process, South Africa, together with eight African partner countries, and Australia were named as co-hosts of the SKA, one of the most ambitious international scientific projects.

Over 1,000 engineers and scientists in 20 countries have been involved in designing the SKA.

As a collection of radio telescopes spread over long distances, the SKA will be built in South Africa and Australia, with later expansion planned for both countries as well as other African states.

It will help close fundamental gaps in mankind's understanding of the universe, enabling astronomers from participating countries to study gravitational waves and test Einstein's theory of relativity in extreme environments, investigate the nature of the mysterious fast radio bursts, map hundreds of millions of galaxies, and search for signs of life elsewhere in the universe.

"International cooperation in science plays a crucial role in fostering international friendship and solidarity and bolstering commitment to multilateralism, which will assist our world in addressing global challenges like poverty, inequality and climate change," the DST quoted Kubayi-Ngubane as saying.

The signing of the convention puts science diplomacy into practice, Kubayi-Ngubane said.