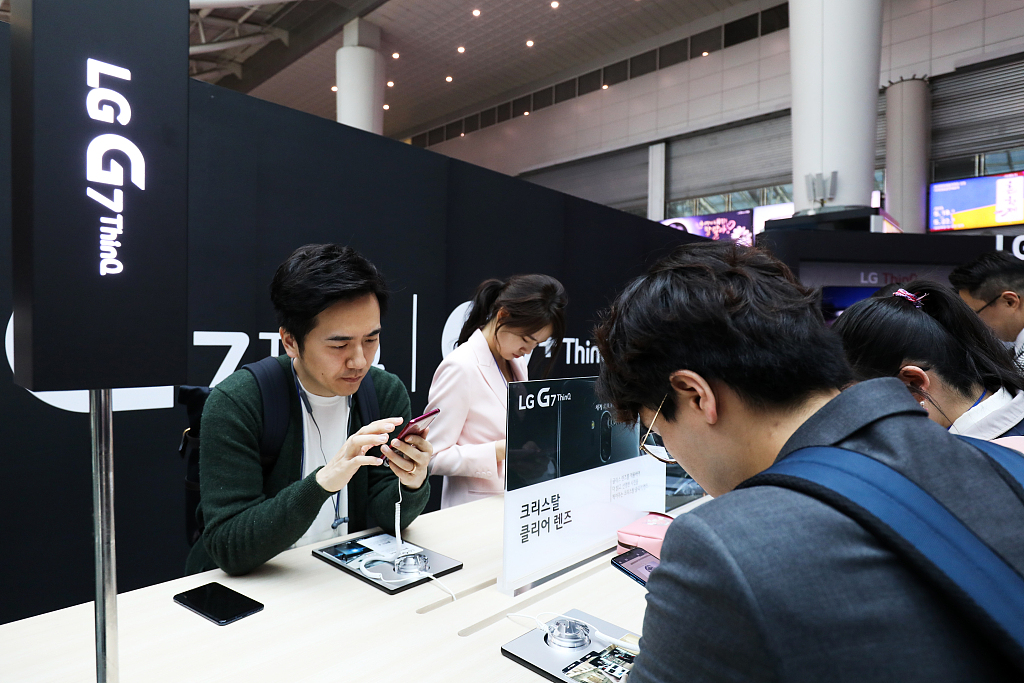 Attendees try out LG Electronics Inc. G7 ThinQ smartphones on display during a launch event in Seoul, South Korea, on Thursday, May 3, 2018. (Photo:VCG)

The preliminary figure for operating profit was set at 652.2 billion won (557.2 million U.S. dollars) in the April-June quarter, down 15.4 percent from a year earlier.

LG's smartphone unit was believed to have kept an operating loss in the quarter due mainly to the rising marketing costs.

The TV division's profit was estimated to have reduced amid the weaker demand and the stiffer competition.

However, the preliminary revenue was set at 15.63 trillion won (13.4 billion U.S. dollars) in the June quarter, marking the second-biggest quarterly figure ever recorded by the company. It was up 4.1 percent from a year ago.

The growth was attributed to the solid sale of air purifiers and dryers, caused by rising concern about air pollution, as well as demand for air conditioners and refrigerators ahead of the summer season.

Net income and the detailed earnings of each business will be announced later this month after an external audit.