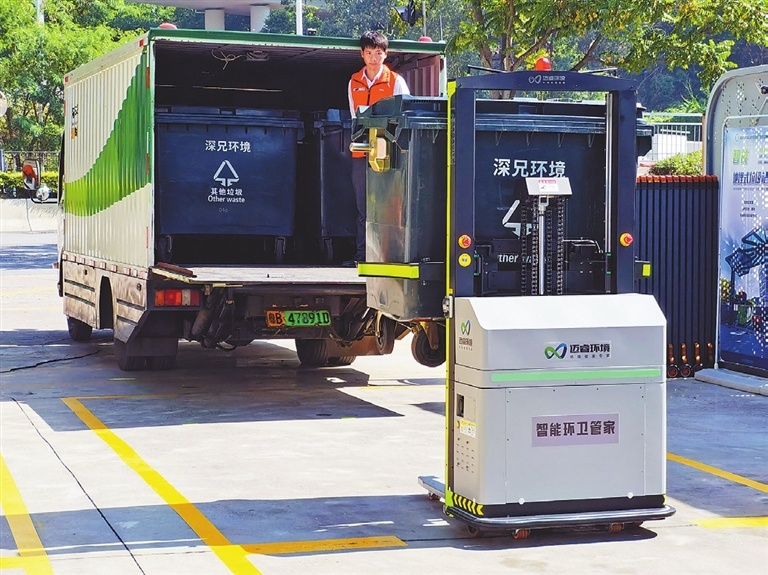 TWO intelligent robots that can greatly reduce the burden on sanitation workers were put into use at the Changlingcun underground waste transfer station in Luohu District on Monday, Shenzhen Economic Daily reported yesterday.

A conventional sanitation truck can carry about 10 660-liter garbage bins, each of which weighs about 300 kilograms when full. The traditional method is for sanitation workers to unload the bins from the truck, clean and then re-load the bins manually.

When the sanitation truck stops at the designated position and the tail board of the truck is lowered, the robot will automatically approach the truck, unload the full garbage bin from the vehicle, and automatically calculate a transfer route to the upender in the waste transfer station.