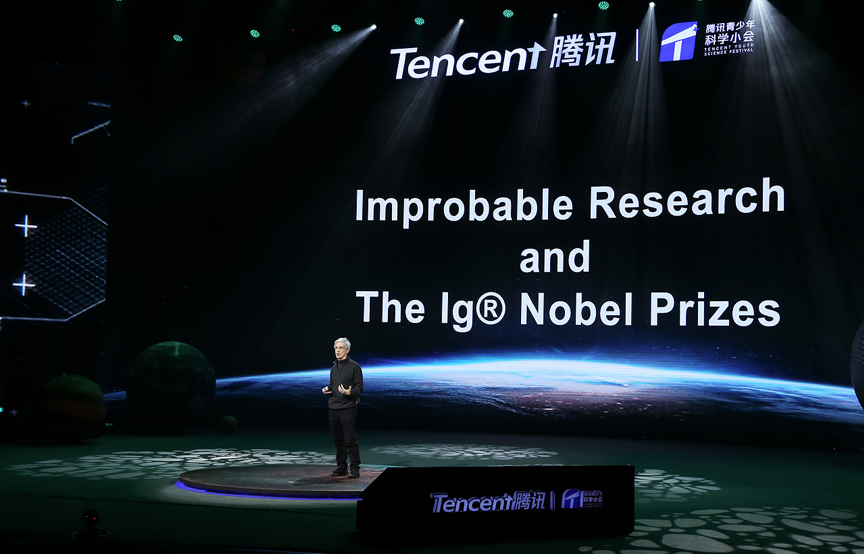 Tencent, Science Magazine, and Tsinghua University hosted the second Tencent Youth Science Festival in Beijing. Among them, Tencent and Science Magazine jointly launched the "Science and Technology of Young People" list. The number of young people who voted this year jumped from 100,000 last year to 1.2 million. Voting results showed that astronomical topics, including black holes and lunar exploration, attracted the most attention from Chinese teenagers.

This year's list includes the latest scientific breakthroughs in four major fields - astronomy, mathematical physics, life sciences, and chemistry. Some topics are related to human exploration of the vast universe.

For example, the release of the first photo of the black hole and Chang'e-4's landing on the far side of the moon.

Some topics are related to the human body, such as using bacteria to create universal blood types, deploying nano-robots to shrink tumors.

Some of the latest breakthroughs on the list point to the past of humans, such as the discovery of the oldest human skull, and the cutting-edge progress that affects the future of humans, changing carbon dioxide back to coal, and AI defeating humans in multiplayer poker.

The scientific festival also launched a "scientists music list" in conjunction with Tencent's QQ Music, inviting scientists and popular science scholars, like Steven Hawking's daughter Lucy Hawking, to participate in the recommendation. Around 50 music works with scientific interest such as "Fly Me to the Moon," "Periodic Table of Elements," and "Fantasia of Biology" made the list.

After pilot exploration, this science fair has been extended to a sustainable social service, sending scientific interests and influence to remote areas in China, inspiring rural children's curiosity and exploration of science and benefiting more young people all over the country.