Sci-tech innovation board to set direction for China's capital market 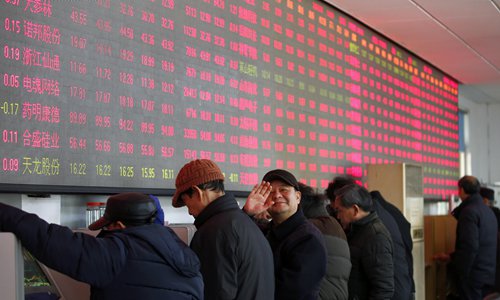 Chinese investors and companies are awaiting official trading on the science and technology innovation board as the country is experimenting with a registration-based IPO system that is more market-oriented than the current approval-based IPO system. A number of guidelines have been released by the government in recent days that outline the rules, such as investment thresholds and trading limits, for the new board. Xi Junyang, a professor at the Shanghai University of Finance and Economics, said that the launch of the science and technology innovation board will enrich China's capital market and different sets of rules will coexist."It has filled certain 'gaps' in the domestic capital markets, so that the new board can be more in line with international capital market standards," Xi told the Global Times on Monday. Experts also said that the registration-based IPO system that will be tried out by the new board will provide a direction toward which all of the Chinese mainland stock markets should evolve. "The registration-based system is one that respects market supply and demand. Companies can choose to be listed or not, according to market ups and downs. In the current approval-based IPO system, the timing and pace of IPOs are often controlled by government regulators, which are against market rules," Yu Fenghui, an independent financial expert, told the Global Times on Monday. Xiao Gang, former chairman of the China Securities Regulatory Commission, said on Sunday in an interview with yicai.com that the registration-based system is an inevitable trend. After it's tried out on the science and technology innovation board, it can be replicated on the ChiNext board and eventually be written into the securities law to be applied to all of the domestic capital markets. According to Xi, replicating the registration-based system should take a long period, as it's a big change from the current IPO rules. "Even for the science and technology innovation board, there might be some policy adjustments based on what really happens to the board after trading starts," he said. Who will debut?Discussion is ongoing as to what companies will be among the first to debut on the new board. According to a guideline released by the Shanghai Stock Exchange on Sunday, IPO sponsors should give priority to science- and innovation-driven companies that have high market recognition and have made breakthroughs in core technologies. They should also first consider companies in areas such as the internet, big data, cloud computing and artificial intelligence, the guideline showed. Xi said that the first batch of companies on the new board won't be concentrated in just a few industries but will cover a wide spectrum."But surely, there will be companies from hot industries like 5G and new energy," he said. The website finance.sina.com recently published a list of potential IPOs for the new board. The list included well-known technology  companies like chipmaker Cambricon and new-energy car company Weltmeister. Yu nevertheless worried that high-tech companies might shift their attention from scientific research to raising capital on the stock market, as many investors and speculators are already casting greedy eyes on the new board with its more flexible trading rules. Nurturing hopes Attention to the new board is rising at a time when stocks on the Chinese mainland are posting gains.The Shanghai Composite Index rose 1.12 percent to 3,027.58 points on Monday while the Shenzhen Component Index rose by 2.36 percent to 9,384.42 points. It was the first time the Shanghai market had risen above 3,000 points in about nine months. According to Xi, the launch of the science and technology innovation board is not a good news in theory for A shares, as it would divert capital from the main board. "However, investors seemingly are reading it as a sign that the government will support the mainland stock markets with policies and reforms, and that's pushing up the A-share markets," he said.