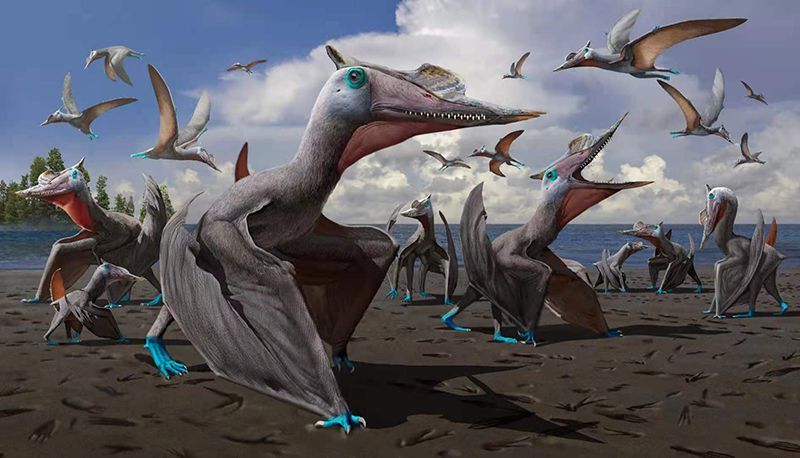 BEIJING, June 9 (Xinhua) -- The discovery of 114 dinosaur footprint fossils, found in rocks in northwest China's Xinjiang Uygur Autonomous Region, has been confirmed by scientists as traces left by pterosaurs 135 million years ago.

The dinosaur footprint site, only covering an area of 0.3 square meters, is located in the Wuerhe region in the Junggar Basin, where scientists from the Institute of Vertebrate Paleontology and Paleoanthropology of the Chinese Academy of Sciences have discovered 57 manus tracks and 57 pes tracks since 2006, indicating the trackmakers were quadrupedal.

After studying the main features, like digit lengths, scientists identified the tracks were different from those left by 15 other known pterosaur species. Therefore, they proposed a new species as Pteraichnus wuerhoensis isp. nov., dating back to the Early Cretaceous period.

The study was published online earlier this month in the international journal PeerJ.

According to Li Yang, lead researcher of the article, the varied sizes of these footprints suggest that the trackmakers are of different ages and provide evidence that pterosaurs lived in groups.

"The Wuerhe region was dotted with large lakes at that time. The pterosaurs left numerous footprints, most likely because they went to lakes for food," Li said.