Chinese scientists have confirmed that fast radio bursts, extremely powerful but brief flashes of radio waves, came from magnetars, the universe's most magnetic celestial bodies which boast a field strength up to a thousand trillion times stronger than that of Earth, according to study published in the journal Nature Astronomy on Friday. 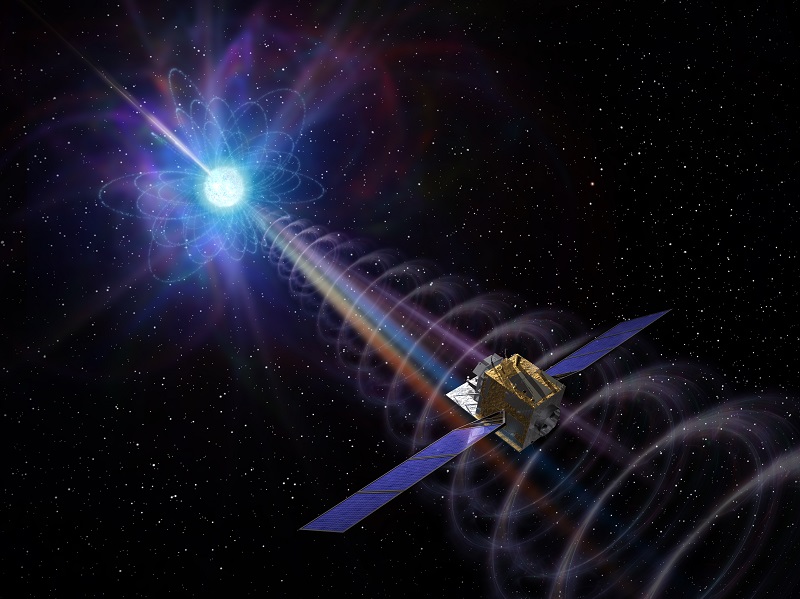 Photo: Institute of High Energy Physics under the Chinese Academy of Sciences

Since their discovery in 2007, fast radio bursts have fascinated astronomers because they can release an enormous amount of energy within thousandths of a second, making them a notoriously elusive and difficult phenomenon to study.

Furthermore, some fast radio bursts can even recur after some time, which fueled many speculations ranging from star explosions to engine blasts of alien spacecraft.

Scientists have hypothesized that fast radio bursts may be emitted by a special class of neutron stars, super-dense remnants of massive stars, called magnetars.

Last year, new research suggested that a fast radio burst called FRB200428 may have come from a magnetar located in our Milky Way galaxy named SGR J1935 2154. These breakthroughs about the origin of fast radio bursts were listed by the journals Nature and Science as among the biggest scientific achievements last year.

Using China's Hard X-ray Modulation Telescope, dubbed "Insight-HXMT", Chinese scientists have observed the X-ray bursts emitted from the magnetar and found that their data are consistent with FRB200428, thus confirming that the two celestial phenomena are associated and shared the same origin.

Zhang Shuangnan, the chief scientist for Insight-HXMT, said the findings are a "milestone achievement" in understanding the origin and mechanisms of fast radio bursts.