CHENGDU, June 28 (Xinhua) -- An international research team has announced the discovery of a tiny dinosaur track with a length of 10.2 mm, which is the smallest dinosaur track found in China. 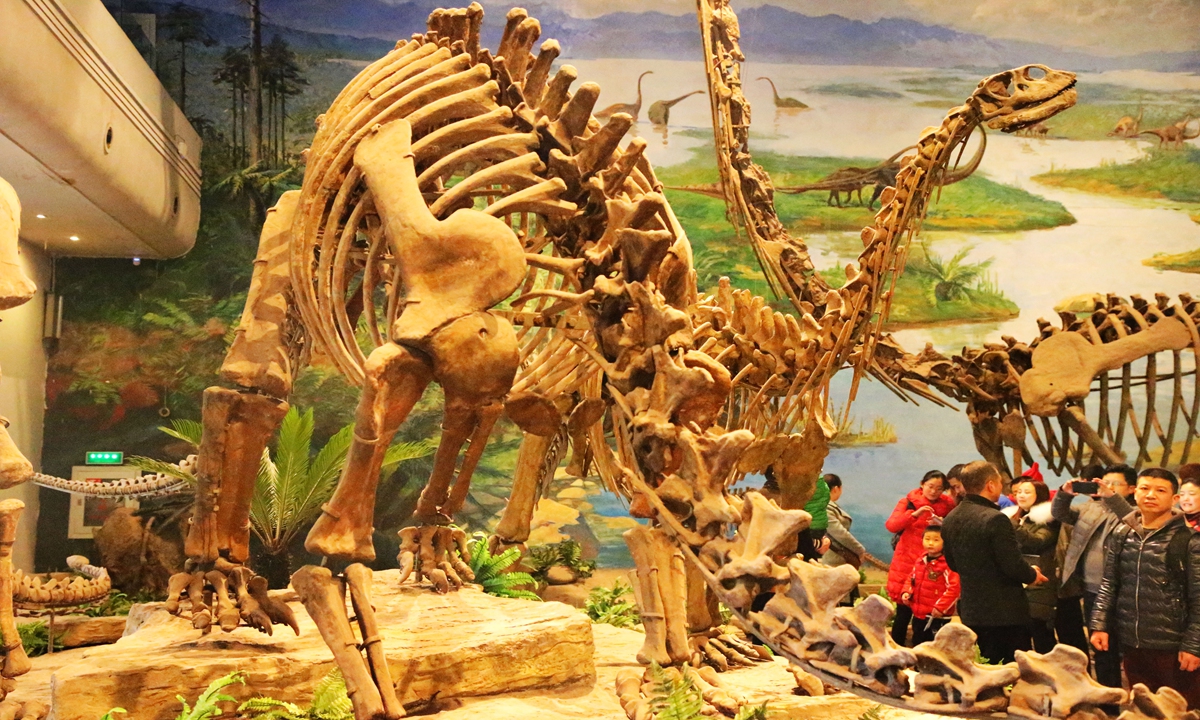 Paleontologists from China, the United States, Germany, and Australia found the tridactyl footprint, which is 9.6 mm wide, in Zigong City of southwest China's Sichuan Province.

They believed the trackmaker of the footprint is Grallator, a non-avian theropod whose footprint's length is usually less than 15 cm.

Paleontologists said they need more research to ascertain whether the track came from a juvenile or a small species.

They estimated the body length of the trackmaker is about 12 cm, equivalent to the size of a modern sparrow.

According to scientists, the tiny footprint is among more than 40 others on a slab of stone. They have different sizes but relatively similar shapes.

Therefore, if the track belongs to a juvenile, it may imply that the species was precocial or superprecocial.

An article on the discovery was published online by the journal Historical Biology on June 21.