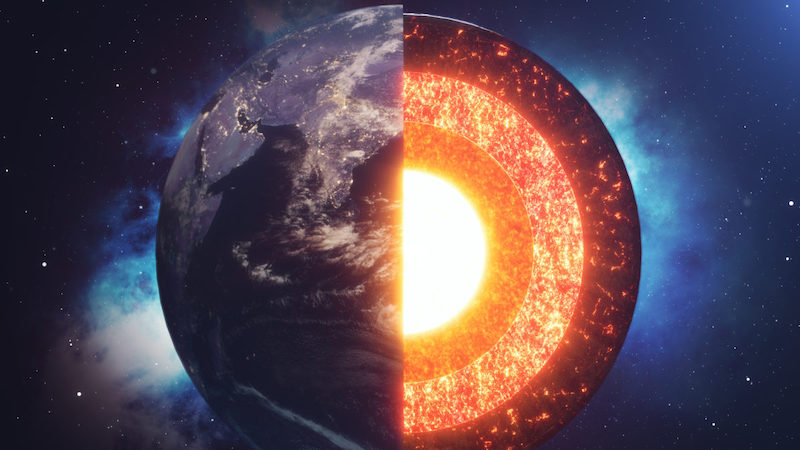 LOS ANGELES, Dec. 19 (Xinhua) -- A new study released Thursday by the University of Texas at Austin (UT Austin) says that the Earth's inner core is hot, under immense pressure and covered in iron "snowflakes".

The study could help scientists better understand forces that affect the entire planet.

According to the study, the "snow" in the Earth's core is made of tiny particles of iron -- much heavier than any snowflake on the planet's surface -- that fall from the molten outer core and pile on top of the inner core, creating layers up to 320 km thick that cover the inner core.

"The Earth's metallic core works like a magma chamber that we know better of in the crust," said Jung-Fu Lin, professor in the Jackson School of Geosciences at UT Austin and co-author of the study.

The study is available online and will be published in the print edition of the journal JGR Solid Earth on Dec. 23.

As the Earth's core cannot be sampled, scientists study it by recording and analyzing signals from seismic waves as they pass through the planet.

Given the core's influence over phenomena that affect the entire planet, from generating its magnetic field to radiating the heat that drives the movement of tectonic plates, understanding more about its composition and behavior could help scientists understand how these larger processes work, according to the study.

Bruce Buffet, geosciences professor at the University of California, Berkley, said that the study confronts longstanding questions about the Earth's interior and could even help reveal more about how our planet's core came to be.